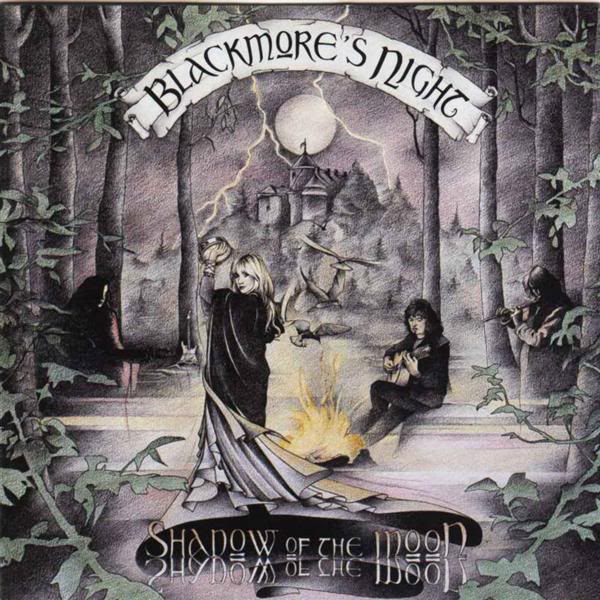 Well, if this album doesn't make you want to run barefoot through the heather I don't know what will. Former axeman for Rainbow and Deep Purple has joined with his Lady to create an utterly enchanting album. I guess while his body was smashing guitars onstage, his soul was strumming a 12-string under the moon. I am a sucker for mandolin and folk chordings in general, both of which you get plenty of on Shadow of the Moon. The album consists of mostly original music (the one trad. song is "Greensleeves" of course) and the melodies are all instantly likable. The real treat here is Ritchie's fiancée/wife, the singer Candace Night. Her voice is just plain beautiful. The vocals on Renaissance's "Ocean Gypsy" are right on the mark. She's not a multi-octave belter, but she really sounds great here. Ritchie still gets in a solo or two; this isn't a complete acoustic project. The band is Ritchie on all things stringed, Candace sings and Pat Regan plays keyboards. The group is supplemented by the Minstrel Hall Consort; Gerald Flashman (recorders, trumpet and french horns), Tom Brown (cello) and Lady Green (viola and violins). Also joining on one song is Mr. Flute himself, Ian Anderson. The music on Shadow of the Night is mostly of a folk nature, but the band has updated the sound and added other music to the mix. Shades of Elizabethan and Baroque styles blend with the good-natured pop/folk. The only complaint I have is the album is a wee bit too long, while the music is really good, there is a lot of it. A great release by an old war-horse.