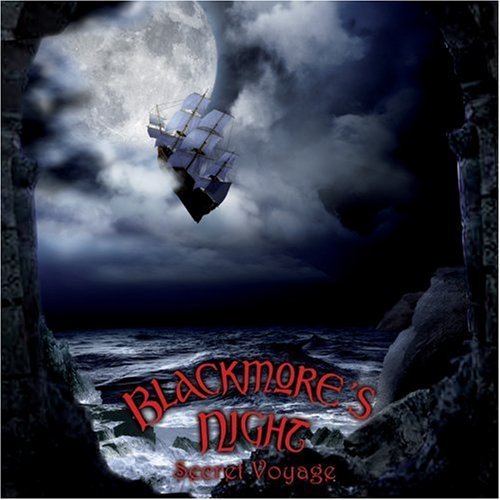 The partnership of guitar god Ritchie Blackmore (Deep Purple, Rainbow) and Candace Night (skimpy bodice) has been going strong for 10 years, and — despite the Ren Faire and LARP associations — they've built up a sizeable, global fan base. Secret Voyage, their seventh album, continues the formula of blending Renaissance and medieval-era instruments and songs with contemporary rock and folk sounds and styles. The album kicks off with a mock orchestral instrumental fanfare titled "God Save the Keg" and it's nice to see a sense of fun prevailing, and that the group don't take themselves all that seriously. The entire band — Night included — are skilled performers with Blackmore naturally the featured player, whether on electric or acoustic guitar, mandolin, or mandocello. In fact, his breadth of electric and acoustic instruments gives Steve Howe a run for his money. Night is a fine singer with a warm and inviting voice, capable of sensuously caressing a lyric as on "Gilded Cage" or commanding a boisterous drinking song like the rollicking "Toast to Tomorrow." A couple covers are thrown into the set, including Elvis' "Can't Help Falling in Love" and Rainbow's "Rainbow Eyes," though serious fans will probably most enjoy songs that wed Renaissance period instruments and motifs to pop rock rhythms and vocal arrangements, like "The Circle" or the Loreena McKennitt-ish "Peasant's Promise." To cap everything off, a bonus video is included which proves that it's hard to resist music that's easy on the ear and a singer who's easy on the eyes.