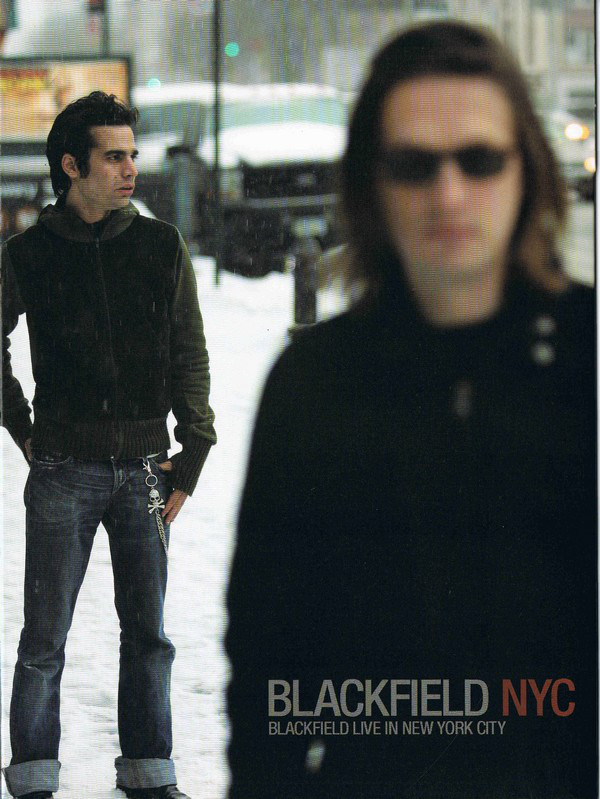 This is probably the way all concerts should be released: as a double disk with an audio-only version as well as a DVD concert video. One or the other will likely pop up on a torrent site or YouTube anyway, and this way you kill two birds with one stone. Having gotten that part of this concert out of the way successfully, let’s next turn to the actual show. Recorded and filmed at the Bowery Ballroom, New York City, on March 16th, 2007, this set captures Steven Wilson and Aviv Geffen and their band playing their brand of Porcupine Tree-lite songs to an appreciative and vocally supportive crowd (standing shows get the best crowd energy, of course). The set list is drawn evenly from both Blackfield albums, and the song order balances out rockers like the opener “Once” with mellower tracks like “Thank You,” and the performances are — as expected — flawless. The entire set climaxes nicely on the moody “Cloudy Now,” with the punters delivering the lyrical self-indictment with gusto. The lead vocal alternates between Wilson and Geffen, which in my opinion does Geffen no favors, except perhaps for his smoldering take on “Glow.” In a live setting Wilson is a more talented and versatile performer; Geffen probably gets more of the girls, though I could have done without him pulling his shirt off towards the end. Their Israeli backing musicians are highly professional and mind their manners, allowing the two front men to remain the visual and sonic focus throughout the set, and overall the sound (including a 5.1 surround option, naturally) and visuals are excellent. There’s little to criticize about this release, and even the three Blackfield videos are included as an extra enticement, making this is a worthy addition to any fan’s collection.