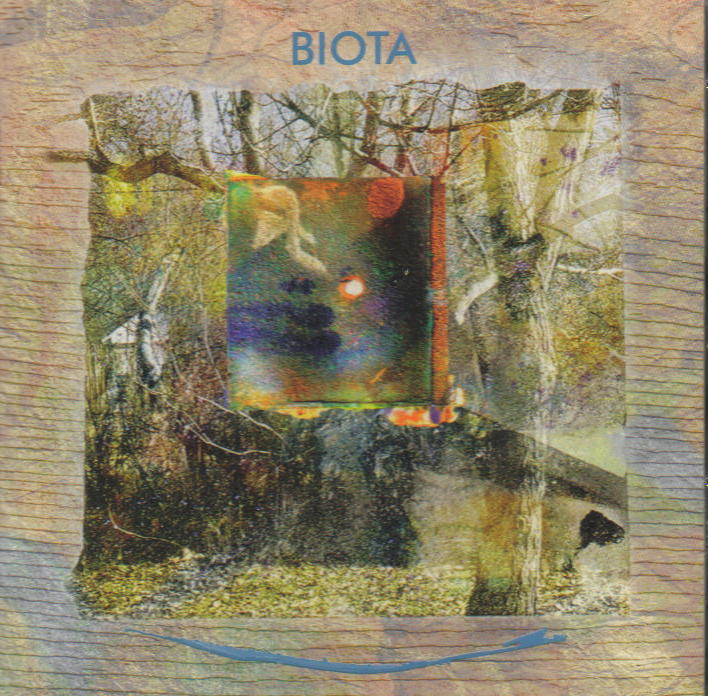 Colorado Art colony Biota continues to make strides in their first new collaboration in over six years. Since their last recording, the European folk elements have been put in the background in favor of smooth transitions between acoustic instrumentation. Consistent across each of Biota’s overt arty endeavors is an approach to formulate sound sculptures however seemingly disparate or unrelated to each other. This gives the thrust of the current CD a consistent feeling of unrest and distraction where any melodic idea can easily switch into a back alley with a swirl of shimmering sounds. The triggers for the sound collages are more melodic overall, it’s just that the space between the tracks has consistently more to hold onto to than the creators’ early works such as Tinct or Bellowing Room. One challenge for listeners trying find songs, players, passages to lock into is the lack of a consistent focus. Transitions between themes are pretty smooth as you’d expect with main passages that run through the recording, offset by pervasive drumming at times and drones on others. The disk recording level is fairly quiet, pressing the listener to pay attention to the small nuances that appear on certain songs. Although not as strong as the group’s last two recordings, there is a thread of maturity gained through the previous work that’s present in this release as well.