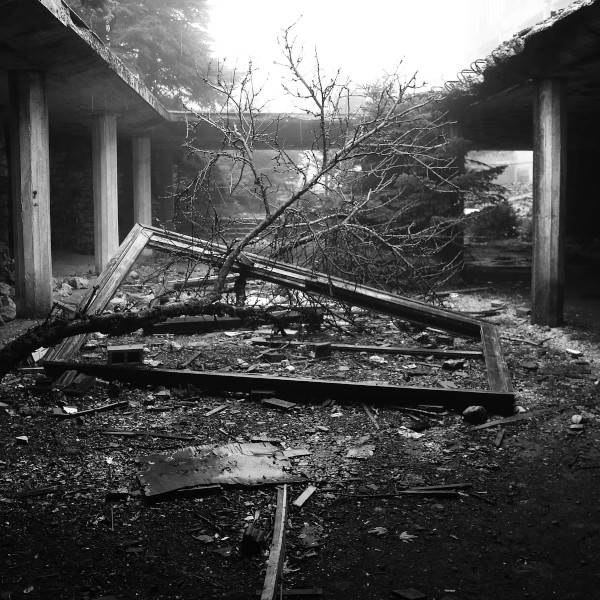 The 60s and 70s were a great era for folk revival, folk rock, and Outlaw Country. The soothing sounds of troubadours were all over the FM airways: Bob Dylan, Simon and Garfunkel, Neil Young, Townes Van Zandt, Willie Nelson, Jerry Jeff Walker, Waylon Jennings, Doug Sahm, etc. So it was wonderfully refreshing to listen to this new album by the Greek singer-songwriter Bill Randen. And he comes by his Americana roots legitimately having spent seven years in Dallas, Texas, participating in the Wildflower Festival twice and supporting bands like Kansas, Blue Öyster Cult, The Guess Who, and Toadies. In facf he recorded an album in Dallas at the MediaTech Institute for Creative Arts, where other luminaries such as Stevie Ray Vaughn, ZZ Top, and Phil Collins have laid down tracks. After his stint in Dallas, Bill moved back to Athens where he has become a fixture in the Athenian music scene. The Later Tapes Vol. 1 Antiquities is his first solo album and features ten acoustic songs. Though his songwriting has a distinctive darkness and mood, this album showcases a mature musician and songwriter, one you would never expect to be from Greece. The opening song, “Of Many,” sets the stage with Bill’s powerful acoustic guitar licks and harmonica. This is not namby-pamby guitar strumming and singing, Bill’s performance is perfect for any coffee house or concert venue. His aggressive playing reminds me of Okkervil River and Will Sheff. Each song stands on its own and showcases different sides of Bill’s expertise, be it folk revival, acoustic ballads, acid folk, or contemporary. And an interesting moment on the album is “Maybe You’ll See Someday” with a remarkably similar riff to The Pretty Things S.F. Sorrow. Bill is hard at work on his next album, one that I am greatly looking forward to hearing.

Steven Wilson - Insurgentes – Porcupine Tree leader Steven Wilson is a shrewd businessman in this era of file sharing and limited edition recordings. His first official solo recording under his own name (aside from a few...  (2009) » Read more