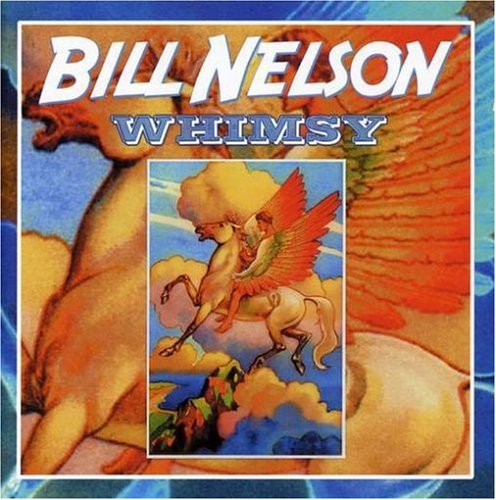 Keeping up with Bill Nelson is a difficult task. The man is so prolific that new releases seem to be a mere by-product of his breathing. Luckily he’s supremely talented, and apparently has hit upon an economic model that can support his art. Whimsy is a 2CD set of song-oriented material, and as the title implies, focuses on the lighter side of the spectrum. As a one-man band, Nelson manages to avoid a sterile, self-absorbed sound, and achieves a seamless integration of live playing and programming that is quite enjoyable. The use of samples and loops is high-tech, but the great guitar playing melds the sound into a playful mix of old and new, like the application of the adventurous spirit of the psychedelic era to modern techniques. Nelson has long favored the imagery of pulp science fiction, and the music matches that “retro-futurist” style. It’s been a while since the guitar hero of BeBop Deluxe really wailed, and while the solos come in short doses on Whimsy, there are plenty of them, with a wide variety of styles, textures and effects represented. The samples I mentioned provide a kind of underlying theme to the music, with bits of old movies, orchestra flourishes, and who knows what else as accents, commentaries, and countermelodies to Nelson’s own work. The production is stellar, with his long history of ambient recordings serving him well in the details of atmosphere, ranging from outer space to the old west, sometimes in the same track.