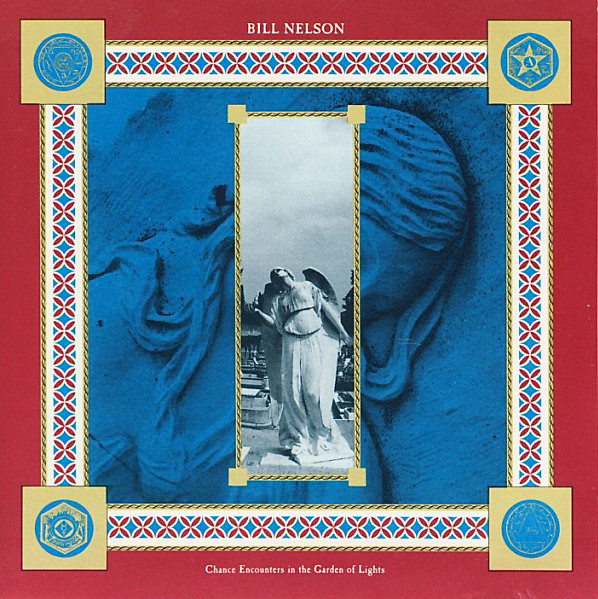 Since disbanding Be Bop Deluxe, Bill Nelson has maintained a two-pronged solo career, with some releases being song-oriented and others in the vein of atmospheric instrumental music — rather like the two sides to Brian Eno’s solo releases. Chance Encounters in the Garden of Lights is firmly in the latter category, a 2CD set containing a little over two hours of music divided into 63 short tracks mostly in the one to three minute range. While most of the pieces are subtle and low-key, the occasional use of a drum machine provides a little bit of energy on some tracks. Nelson is a master of textures, and each track has its own sonic identity. There are moments of free-floating looped notes backing meditative keyboard parts, folk-like melodies backed by wispy drones, arpeggiated chords fronted by stately melodies, gong-like half-melodies, and so on. What you won’t hear is much in the way of dissonance or noise. With very few exceptions, each piece has one idea at its core, be it a particular synthesizer patch or a short melody, and that idea is repeated no more than a couple of times and backed by a second idea that’s compatible. Then he moves on to something else, never to return. Much like soundtrack music, the album is a set of cues, each with a mood to convey. Guitar appears quite sparingly, just an occasional backing part, and in spite of the recording’s vintage, the keyboard sounds avoid the pitfalls of much 80s electronic music. It’s all very lovely, and not in a cloying way, the scattershot product of a highly creative person tossing out idea after idea, not pausing to develop them, but letting them shine in their sparkling simplicity. It seems pointless to identify favorites. A few tracks feature recorded speaking voices, and these tend to be my least favorite, but like everything else here, they pass quickly and something new wafts in to wipe away the memory of what went before. The Garden of Lights is a place of small dreams, a multitude of brief stories through which the listener wanders, sure in the knowledge that nothing dangerous lurks in the next cloudy realm.