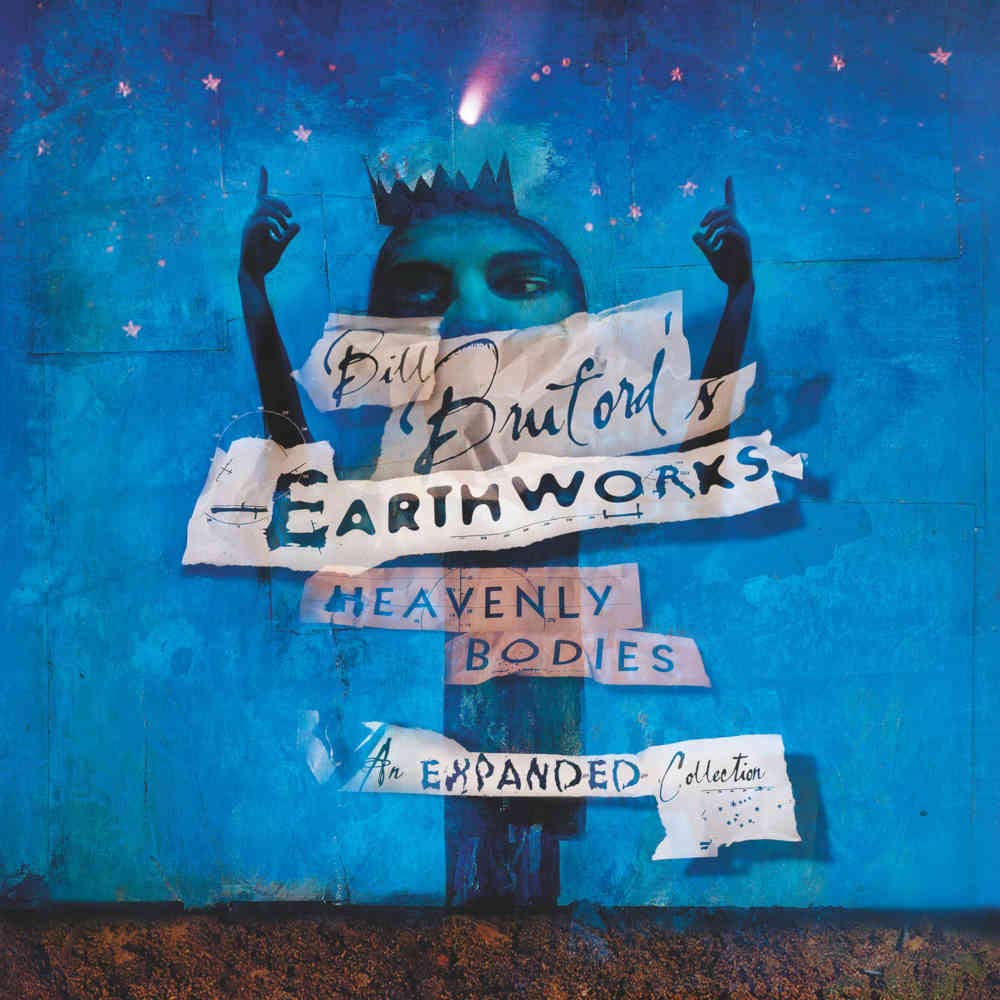 In conjunction with the giant Bill Bruford’s Earthworks Complete box set, which contains 20 CDs and 4 DVDs, we have an expanded version of Heavenly Bodies, a compilation from 1997 that featured choice tracks from the Earthworks catalog up to that point. This new version adds a second CD, for a total of 23 tracks and over two hours of music; it’s drawn from all the albums from Earthworks (1987) through Random Acts of Happiness (2004) and Earthworks Underground Orchestra (2006). There are also a few non-album tracks drawn from videos and live shows. So the short take on this Expanded Edition is that if you’re new to Bruford’s Earthworks music, this is an excellent place to start. If you’ve already got some of the Earthworks albums, you’ll find some degree of redundancy, but short of buying the box set, it could help you decide which of the missing albums you’re most interested. The longer answer is that after his groundbreaking 1978-80 band with Dave Stewart on keyboards, Jeff Berlin on bass, and either Allan Holdsworth or John Clark on guitar, he was back in King Crimson until Robert Fripp disbanded it after Three of a Perfect Pair. With a growing desire to move in a jazz direction, he started Earthworks with Django Bates (keyboards, trumpet, tenor horn), Iain Ballamy (saxophones), and Mick Hutton (bass). While a jazz outfit like Earthworks may be artistically satisfying, it’s unlikely to provide enough income to support the musicians, so Bruford essentially financed the project by continuing more lucrative outside work (ABWH, King Crimson, and so on). Over the years until it was finally disbanded, Earthworks featured a number of different musicians: Tim Harries (bass), Mark Hodgson (bass), Steve Hamilton (keyboards), Patrick Clahar (saxophones), and Tim Garland (saxophones). Bruford wrote the bulk of the material, though several of the others contributed compositions. In the band’s early days, Bruford made extensive use of Simmons electronic drums, though later he returned to a standard acoustic kit. To a modern listener, some of the electronic percussion, along with the keyboard sounds used, may sound a bit dated, but the compositions are strong, and Bruford should be credited for his exploration and pioneering of electronics in jazz. One thing that should be noted is that Earthworks’ music has little resemblance to what most listeners would recognize as jazz fusion. In addition to the lack of guitar, the rhythms used don’t really slip into rock or funk, though odd meters show up from time to time. There are some nods to latin and African rhythms, some swinging post-bop, and some moody ballads, but on the whole, the music is very original and is distinctively Bruford’s. So here you go: A great sampling of some of the most original jazz from the late 80s through early 00s, well worth checking out if you’ve never heard it.