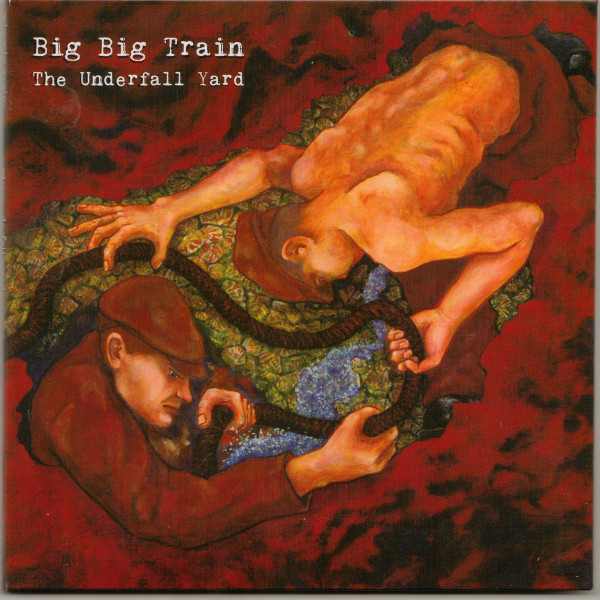 Years ago after a discussion on a list, the topic of Big Big Train came up and I ended up listening to the first part of English Electric and it didn’t go down so well at the time (I have since turned around). Apparently at the same time my friend Joe was saying I should check out The Underfall Yard instead, but I didn’t take him up on it and he’s never let me hear the end of it, and for good reason too. This band has been around a long time, since they were essentially maybe Act 2 on the Giant Electric Pea label after IQ and they have grown through many albums into a Prog (magazine) Award winning group. I’d hate to say The Underfall Yard is their peak because they’ve continued to write a lot of great music since, but I’d argue they’d never quite put it all together as perfectly as they did on this release. Progressive rock is often lauded for its tricky bits, its time and key changes, or its perceived originality, but I’ve never really thought these were necessarily its fundamentals. All good music exists with good writing and if good writing comes from practice, from trial and error, then surely this group is veteran at this point. But I think one of the really important aspects of putting together symphonic progressive music and long epics at that is that a piece succeeds if you know how to ground everything with the best parts of the writing, you play, you explore, you come back and you reprise, often after raising the game. The Underfall Yard is a virtual clinic in this method, particularly if you take the two epics here, “Victorian Brickwork” and the title track. Both travel to a lot of areas but both also come back to songwriting pieces that really bring the goosebumps. Big Big Train are clearly grounded in early Genesis — there’s probably no secret about this — but they have managed to only take the best bits, the English melancholy, the huge spaces, the terrific melodies, and instead of just redoing it the same way, the influences are all pieces in a style that ups the symphonic game with a much bigger sound, not only lots and lots of Mellotron but the inclusion of a horn section on “Victorian Brickwork.” The musical pedigree is pretty huge and diverse on this as well with the presence of once XTC member Dave Gregory and once Spock’s Beard (and lots of of others) drummer Nick D’Virgilio and there is no weak spot anywhere to be found. The production is top notch and the instrumental layering is so careful that it makes further listens a joy — it just continues to reveal more and more of itself. I’m not sure anyone is doing better symphonic rock than this group at the moment, if you haven’t heard it this is the place to jump in. And just maybe Joe will forgive me for ignoring his all so excellent advice.