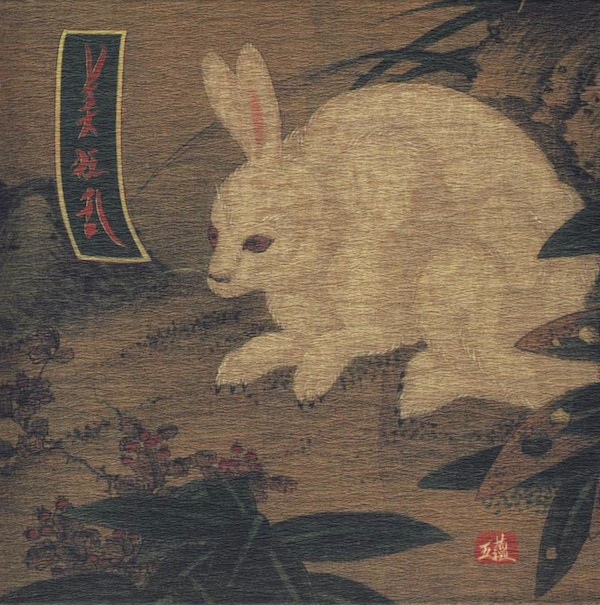 Bi Kyo Ran were the Japanese equivalent of mid period King Crimson from the obvious "Larks Tongues in Aspic" copy at the beginning of their self-titled debut to one of their recently released live compilations which is all King Crimson covers. Regardless of these obvious influences, Bi Kyo Ran were still great, both their debut and second album, Parallax, are fine albums, the latter amongst the best of all 80s Japanese progressives. How Bi Kyo Ran could live with such a strong comparison is beyond me, but now the band after over a ten year hiatus have reformed with a new album and an effort to put the Crimson references to rest... well almost. The opening track, "Ran Part II," here is the only one that brings back the Crimson spirit with very angular Frippian guitar work and a flashback to the early Bi Kyo Ran sound. The rest is a mixed bag and hard to describe. Bi Kyo Ran have definitely modernized their approach, the tones have more in common with the underground Japanese scene a la God Mountain label (most of the bands on Neu Konservatiw would be decent pointers) yet not in any way industrial. Certain things annoy me about the change, the discoid female vocals on "Journey's End" remind me of bad Talking Heads and practically ruin the song. Most of the music is good though and except for the intro is practically devoid of King Crimson references and seems much more indigenously Japanese. It should be interesting to see what happens as Bi Kyo Ran evolves their new style (they have a new live album already out since this title). Certainly not as good as their first two albums, but definitely more original.

Known for years as the group that sounds more like King Crimson than King Crimson themselves, Bi Kyo Ran have reformed after many years away, in the process growing from a trio to an eight-piece of dual guitars, bass, keys, triple-percussion, and multi-voices, augmented by guests on woodwinds, brass, and chorus. Along the way they have nearly completely lost their early image as a perfect clone of 70s-Crimson. The new Bi Kyo Ran is a very adventurous unit, covering a lot of new territory, the added multi-percussion and second guitar have offered plenty of room to explore – and I expect that some looking for the band of yore will be profoundly disappointed. But progressive rock involves growth and change, and that's precisely what is offered here. Could one have expected the band to come back after twelve years (with five new members, no less) and serve up the same old dish? I think not. Not surprisingly, many of the tunes center around percussion and voice (five band members offer vocals, not counting guests), and the interplay of acoustic and electric guitars (as on the Spanish flavored "Psycho, Part II." On the other hand, the piano and synths are rarely heard. Some of the material is very quiet and subtle – and very Japanese, for example the closer "21st Century Africa," on which two kalimbas are joined by various other percussives in a lengthy intro that finally gives way to some irregularly timed rock with Fripp-oid guitar leads. This is a more subtle album, far away from their earlier in-your-face approach. It takes a few listens to grow into, but patience will reward. Welcome back!