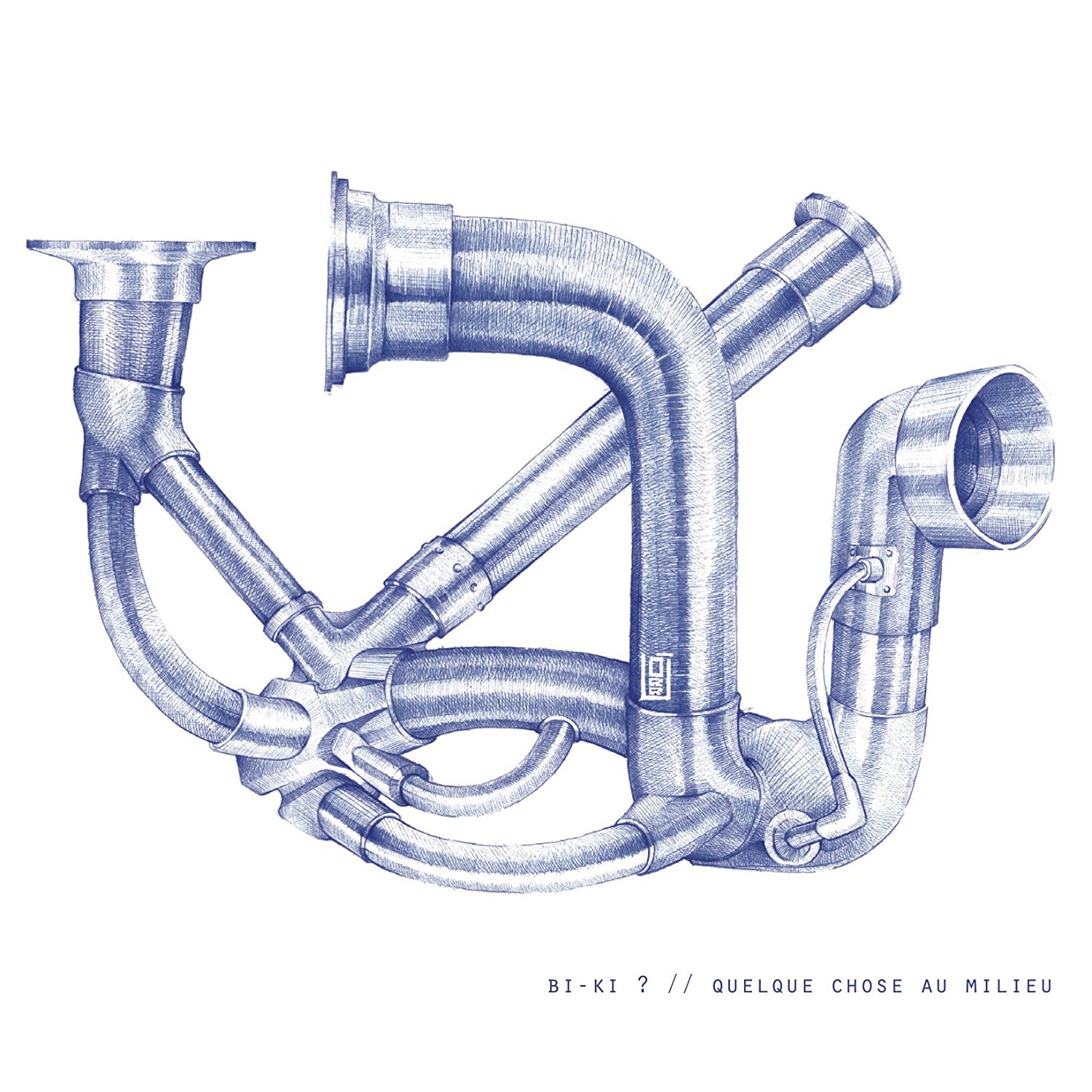 Bi-Ki ? is the duo of two alto sax players, Sakina Abdou and Jean-Baptiste Rubin, and in concert situations they typically perform from within the audience, the two players following each other, mixing their sounds and avoiding collisions, in an explorative environment where all the sonic possibilities of the instruments can be opened and discovered in various sound spaces. There is a third factor in their sound, that of Jean-Luc Guionnet, who does live recording, mixing, editing, and sound manipulation. The fact that Guionnet is also (and primarily) a saxophone player – although he doesn’t play the instrument here – allows him the freedom to be able to put his ideas into the textural mix; his part is essential to the performances and recording. In fact these recordings took place in various locations in the town of Lomme, in the north of France, places known for their ambient sound qualities that can form, sculpt, and recreate the sounds of the players. The fold-apart booklet included in the disc gives some clues: we see the two players on opposite sides of what appear to be pews in a church, with Guionnet set up with his mixing table of tricks and treatments mid-way between them. We also see them performing in a large warehouse with high cielings and concrete wall, and at the side of a large indoor public swimming pool. Often we hear voices and other ambient sounds that accompany the on-location live recordings. Most of the pieces are slow moving textural pieces, or simple melodic chases, often with the two players in unison with slight variations between them, but occasionally one hears intense, almost chaotic, rapid-fire looping. One might be reading this review and thinking about a sound similar to Gilbert Artman’s Urban Sax, and in fact this has a similar feel at times: the use of saxophones exclusively in various ambient environments, yet Bi-Ki? is not so lush and billowy, instead being far more skeletal and purely explorative – after all we only have two saxophones producing all the sound, although Guionnet’s manipulations make the duo sound much larger than life. Definitely cool stuff for listeners looking for something outside the box.