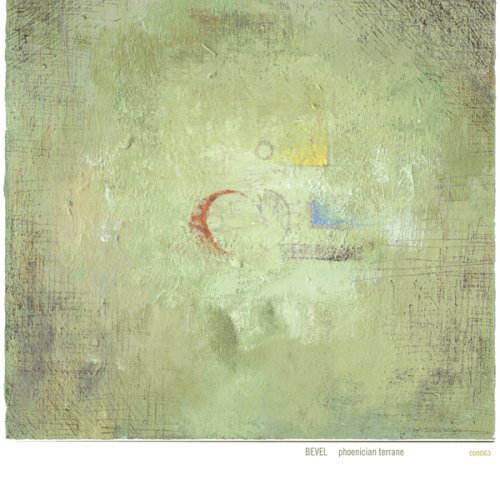 I’m generally a big fan of music born of lofty ambition, even if it doesn’t entirely succeed, but there’s something to be said for a modest recording that accomplishes its goals completely. Via Nuon’s Bevel project is not aspiring to great heights of complexity or power; its aim seems to be a little self-contained world of melancholy beauty. Acoustic guitar, violin, keyboards, minimal percussion, and atmospheric production, along with Nuon’s voice, are the key points. And while I can’t really fault the songwriting, and the violin arrangements and playing are truly lovely, his singing poses a difficulty. It’s drenched in a lot of reverb, perhaps to cover up its shortcomings, but it just doesn’t work. His intonation is atrocious, and his delivery so shaky it makes me uncomfortable. I could see really enjoying this music if he had someone else sing it. So while some of the instrumental parts are exceptional, I can’t bring myself to recommend it. If you’re a big fan of shoegazer folk-pop with glitchy digital production, maybe you can get past the singing, but I can’t.

DJ Spooky That Subliminal Kid - Celestial Mechanix: The Blue Series Mastermix – It’s not hard to figure out why DJ Spooky is in such demand in the New York downtown scene; it seems the man has no tangible musical boundaries by finding further riches in already excellent sound...  (2005) » Read more