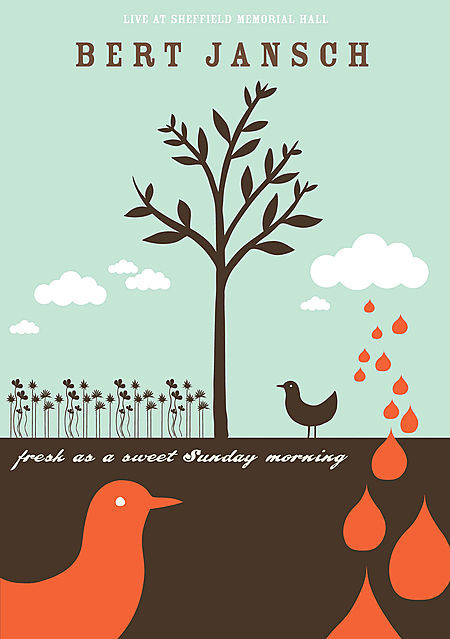 Drawing a British folk icon out of semi-imposed retirement can seem like an impossible task. But contrary to many fans’ expectations, Bert Jansch not only demonstrated the delicate finger picking style he helped originate, but created a memorable jaunt through his 40 year catalog of traditional and original material to boot. Having missed this tour through America in 2007, it was revealing to see the aged troubadour (Bob Dylan’s old friend and peer) take the stage and render pieces such as “Blackwaterside” (also adapted by Jimmy Page) and folk rock classics (“Reynadine,” “She Moved Through the Fair”) more readily known in versions by Pentangle and early Fairport Convention than their early unreconstructed roots. Jansch’s legacy as a student of the American blues is also clearly intact on his renditions of other songs that put a quiet hush to the appreciative Sheffield crowd including “Blues Run the Game,” ‘Come Back Baby,” and “Courting Blues.” Vocally the singer’s gravelly delivery resembles Dylan on his better or worse days. He’s also very comfortable on stage, demonstrating a disarming stage presence with fans who no doubt were hanging on every lyric and nuance of guitar phrase. Seeing high quality film of a legendary performer on stage with only his acoustic guitar makes it all seem like a dream. His finger playing style and unique tunings have been the stuff of legend and here are rendered effortlessly by the expert practitioner.