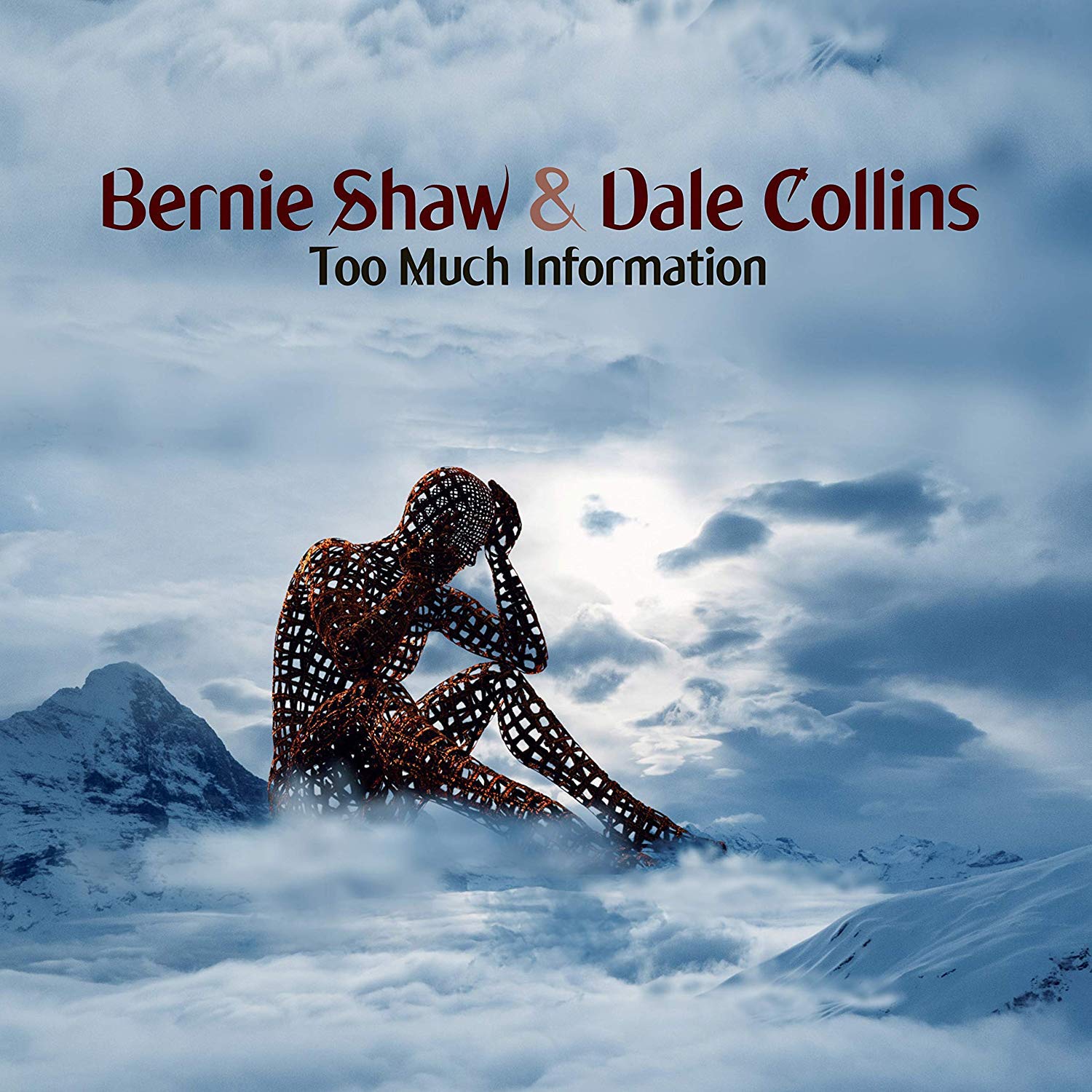 Before Bernie Shaw joined up as lead singer of Uriah Heep in 1986, he was part of the vibrant Victoria BC music scene. For Too Much Information he has teamed up with one of his old bandmates, multi-instrumentalist and songwriter Dale Collins. Truth be told, this project started as a three-song EP back in 1999 titled Picking Locks, but that’s as far as it got, with Shaw committing 110% of his time to recording and touring with Uriah Heep in the ensuing years. Finally, nearly twenty years on he got a break from recording and touring, and regrouped with his old mate Collins to finish what they had started so many years ago. Five new songs were completed, along with re-recordings of the original three. Joining Shaw and Collins (guitars, bass, keyboards) on most of the cuts are other old bandmates Don Restall (drums) and Jason Gardenitd (piano), while Uriah Heep engineer Steve Rispin recorded this set and also contributes on organ on one of the new tracks, “So Many Times,” that opens the album. Collins penned most of the album’s eight songs, which are solid hard rock with an abundance of tasty arrangements, and with Shaw as lead singer on all the tracks, comparisons with Uriah Heep are inevitable – perhaps Collins wrote the newer tracks for Shaw’s voice and lead vocal style. The aforementioned opener, “Just a Little Bit,” and the title track – all among the new tracks – are all quite excellent. The re-recorded songs from the 1999 EP include “Here We Go,” their tribute to Hendrix “Hey Jimi,” and a cover of the 70s David Essex hit “Rock On” (I always hated that song, but I have to admit that the Shaw / Collins cover is a big improvement on the original) though re-recorded they blend in with the new material seamlessly. In all, for any listeners who enjoy Uriah Heep, Too Much Information will deliver the goods.

Herbe Rouge - Herbe Rouge – This progressive group is of the sort that could only come from France in the 70s where a distinctive and idiosyncratic form of weirdness flourished. Like many of their progressive compatriots, Herbe...  (1999) » Read more