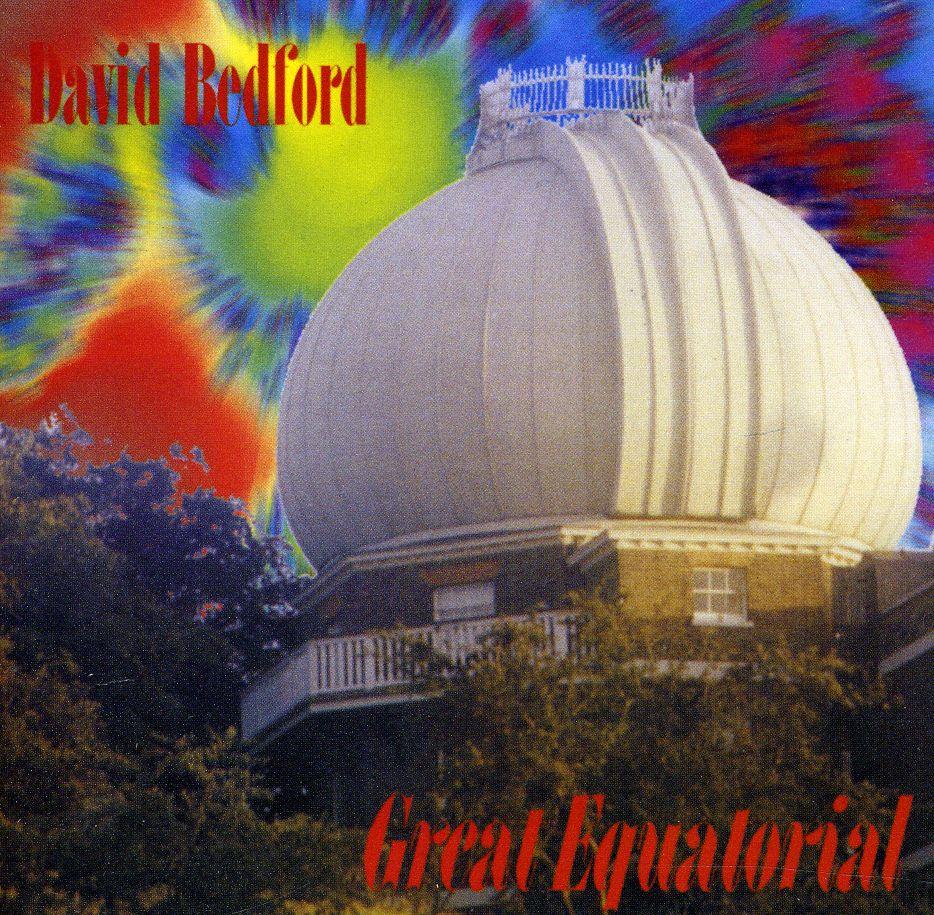 According to the liner notes, Bedford composed these six pieces for the Royal Observatory Telescope room after a modernization upgrade. For those of you who’re unfamiliar with Bedford’s solo work, he’s been an orchestral arranger for both Kevin Ayers and Mike Oldfield. His solo albums from the 70s varied from being improvised orchestral works (Stars End with Mike Oldfield on lead guitar) to synthesizer based works (Instructions for Angels with Mike Ratledge on synth). The intent for Great Equatorial might have been to create a scenario of wonder and amazement for the grand old piece of machinery as a viewer looks outward unto a bright solar system on a cloudless night. It is mostly a spacy song cycle with a view percussion enhancements to keep you from falling completely asleep or into a deep trance. The original piece was only ten minutes long, but Bedford has expanded out the length. The tracks do fit the environment for which the music was constructed however: visualize a big open space with a giant portal opening unto the heavens. The music does also conform to your almost atypical Terry Riley school of repeat-when-necessary and often continuously. It is also something like you’d hear usually as a backing track for a PBS science show, say Nova or Cosmos. Adding little nuances of change into the sound quality results in not much dramatic change in theme or in the development of base ideas. Using Korg and Proteus synthesizer, he has created a pleasant sounding symphonic disc you put on endless repeat in your photography studio or similar spacious room. I’m kind of surprised this hasn’t met the light of day until now since it seems like a release which would fit well on the several of the German space music labels such as Erdenklang.