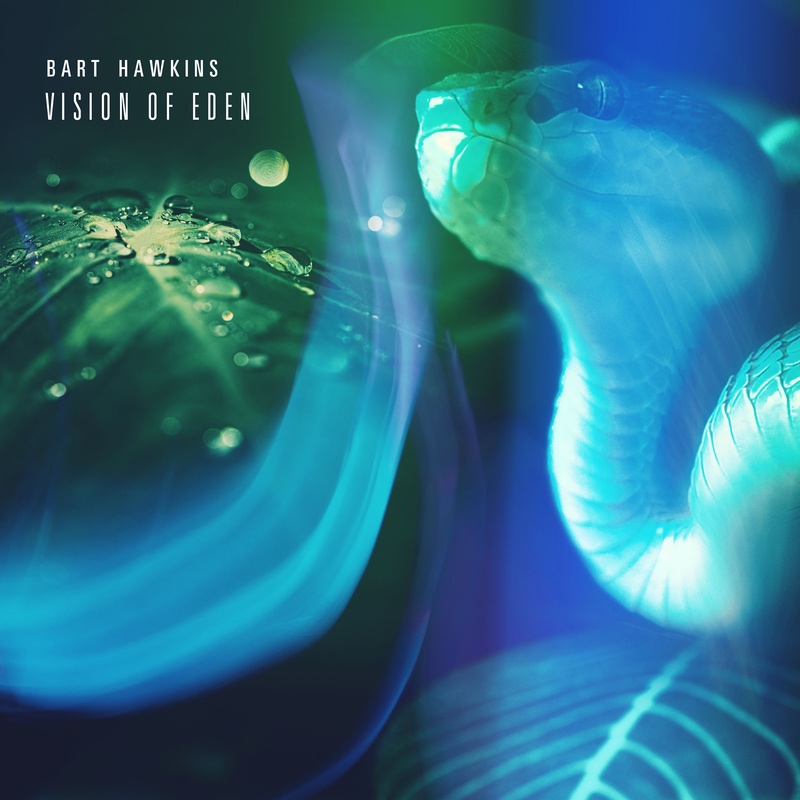 Almost everyone knows the story from the first book of the Old Testament about God creating Adam and Eve and the garden of Eden, it’s one shared by many different religions throughout history. It has also served as the inspiration for this, Bart Hawkins’ second Spotted Peccary label release (his first being 2019’s 21 Pulse Eclipse), and like that earlier release, all five tracks on Vision of Eden were created using modular synths without any keyboards, which ends up making this a far more textural endeavor than anything particularly melodic, although on the track “Sidewinder” he augments the sound with electric guitar. “Garden of Grace” opens the proceedings where synth textures mingle with seemingly natural sounds of birds, animals, children’s voices, and grand voice effects from high on, setting the stage for all that follows. After less than eight minutes we enter the second track “Orbital Eccentricity,” as Hawkins states in the liner notes “Within the tree of life are the basic patterns creating all life within the universe. These circular fractal based loops provide the structure that defines all matter.” Now, if one just imagines those two sentences, with a little imagination, translated into a sort of sonic carousel, the listener will be well on the way of this nine minute journey. The aforementioned “Sidewinder” is next up, using any number of extended techniques to coax interesting sounds from the electric guitar, all mingling with the foreboding textures of the modular synth to signal the approach of the serpent; at thirteen and a half minutes it’s the longest track here and perhaps the most interesting from a pure sonic perspective, seemingly opening multiple layers of sound previously hidden as the piece unfolds, with curious percussive elements fading in and out like the soundtrack of a mysterious dream Opening the next portal we have “Descent into the Forbidden Fruit,” beginning with a twisted whirring sonic maelstrom amid low-end thunderous rumblings, it definitely conveys the idea that something here has gone terribly wrong and leaves little opportunity for escape, until the arrival of the beautiful trance-like closer “Dragonfly Speaks.” With or without the back story, Vison of Eden is a magical exploration of visionary sounds.