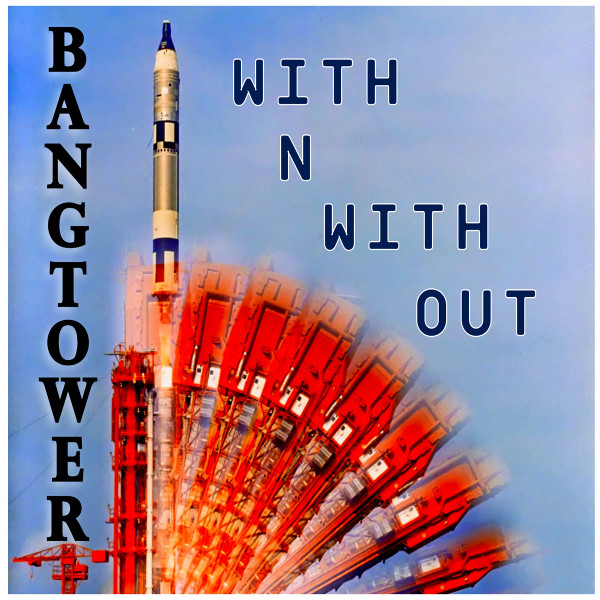 Judging only by the credits, Bang Tower is not a band, but a project of guitarist, keyboardist, singer, and composer Neil Citron, who also is credited wth production, engineering, mixing and mastering. Legendary bassist Percy Jones, most famous for his work in Brand X, wrote one of the tracks, co-wrote another three, and plays bass and/or keyboards on about half of the album’s twelve cuts, while other bassists including Robbie Pagliari, Chris Colovas, and Joan Fraley play on the others. Likewise with drummers, Walter Garces is featured on five cuts, but Rodger Carter, Frankie Banali, and Josh Greenbaum play on the reamining tracks. Jon Pomplin plays both bass and keyboards, track depending. So really, Citron is the only one who plays on every cut here. The pieces range from tasty melodic instrumentals to hard rock numbers with vocals, the former outnumbering the latter by a long shot. The number three tune, “Chipotle,” is a great instrumental rocker with an infectious rhythm, that features some wordless background vocals, as well as powerful driving guitar throughout. “Uncle Floyd” is another stand-out instrumental that pulls a jazzy melody into a rock framework resulting in one of the album’s most memorable cuts. “My Father’s Smile” is another excellent instrumental, this time Citron playing all the parts (several layers of electric guitar) that meld together into one beautiful singular three-plus minute epic. The vocal tune “This Is My Town” is a hard-rocker that jumps into hard funk fusion territory for the duration of Percy Jones’ fluid fretless bass solo. “Kitty’s Real Groove” is funky rocker with vocals that might as well be an instrumental considering that the lyric is just one line repeated several times throughout the song, the high point being a monster bass solo by Pagliari. The album closer is a fantastic cover of the classic “I’ll Be Home for Christmas,” full of emotion and power, driven by stunning guitar work throughout. All taken, With N with Out is a interesting mix of different things, but there isn’t a dull moment to be found anywhere across its twelve tracks.