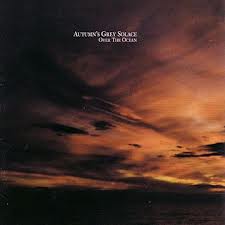 In this Florida duo, Erin Welton covers vocal and keyboard duties, Scott Ferrell covers everything else, and they both have a hand in composing the tunes. This is by far the prettiest music I have heard on the Projekt label, and while I suspect many goth fans would love AGS, the band is decidedly not goth. The first thing that will catch your attention is Welton’s voice. It is soft and on the breathy side, but somehow manages to not seem insubstantial, and you half expect her to go for broke and belt out a strong note in a moment of passion. But it never happens – the mood is much too dreamy to allow for any such thing. Ferrell’s guitars are the next thing to appear. His palette is broad, with 12-string acoustic, mandolin, and chiming electric, and there’s often a crazy feedback sound mixed in the background. The electric gets pretty intense sometimes, but is mixed so that it never does more than provide a hint of uneasiness, soundtrack to a dream that could turn scary at any moment. The bass and drum parts are simple, to avoid distraction from the melodies and guitars, and the whole thing is washed over with just the right amount of reverb for a pastel watercolor impression. My only quibble with the album is that I’d like to hear them break out of the dreamy mood once in a while, but I suppose that would be completely out of character here.