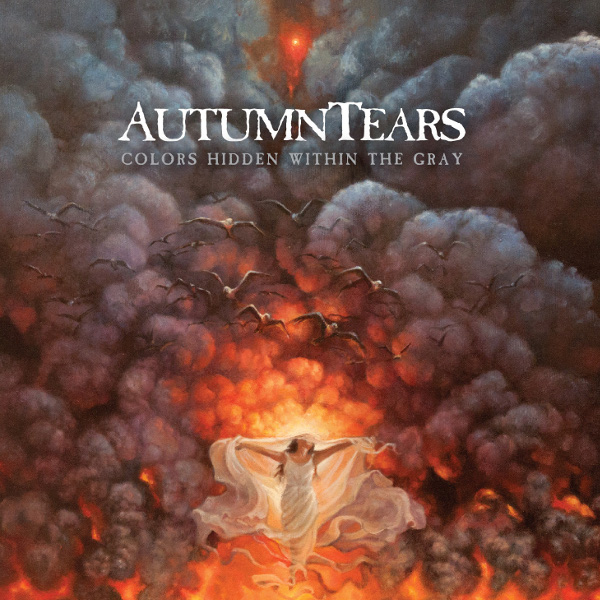 As of this writing, we have four bands on the Expose site with the word “Autumn” in their name: Autumn Electric, Autumn Tears, Autumn’s Grey Solace, and Mostly Autumn. Of these, only Autumn Electric does not feature a woman as the lead singer. I don’t know if that’s important or just a quirk of what we’ve reviewed over the years, but there it is. Autumn Tears has very little relation to rock music, being instead orchestrated songs arranged for a large ensemble (I count more than 30 musicians and singers, though not all appear on all tracks). The only guitar is classical, and no drum kit or bass guitar at all. Ted Tringo is the composer and lyricist, along with playing piano, and he’s augmented by strings, brass, woodwinds, orchestral percussion, and a spate of folk instruments from various parts of the world: bansuri flute, bagpipes, and kamancheh. Five different singers appear, often arranged into a chorus backing the lead, sometimes in lush harmonies. The melancholy, dramatic style lends a Gothic air to the album, though Autumn Tears is mostly in a genre of their own, having some of the trappings of classical vocal music but with structures derived from popular music. The folk and non-European touches add striking colors to the palette, making for a very appealing sound, evocative of tranquil landscapes populated by mythical beasts. It’s beautiful but not cloying or overly precious, the work of sincere musicians who really believe in what they’re doing.