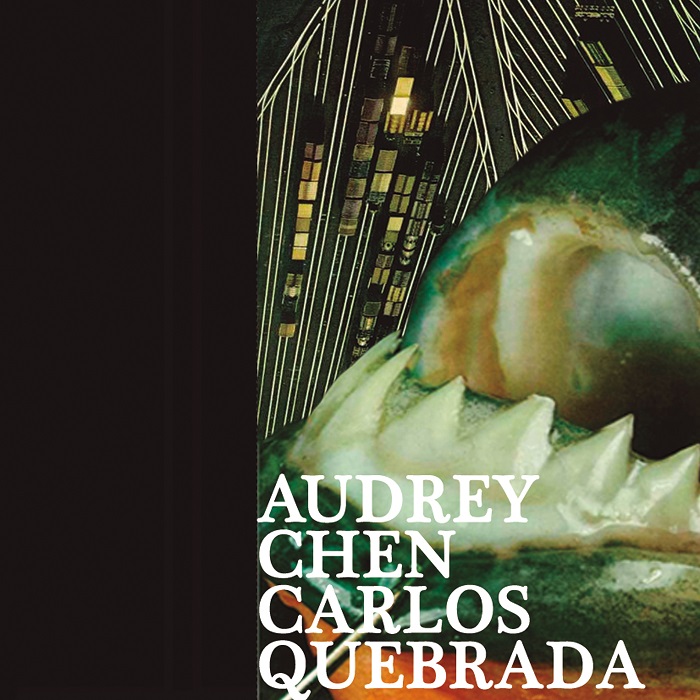 Once in a while I get an album to review that, no matter how many times I listen to it over and over, it never really follows me away after the listening session, just leaving me bewildered. In this case it’s so experimental, so far out there beyond, that it hardly qualifies as music in any normal sense of the word, but exists more an exercise is sound-art collage that defies any categorization. Audrey Chen is a second generation Chinese/Taiwanese-American musician whose music explores the combination and layering of analog synthesizer, prepared, traditional, and extended techniques of both voice and cello. She is credited with over a dozen recorded collaborative projects with the likes of Phil Minton, Wouter Jaspers, Richard Scott, and many others, as well as participating in various groupings, credits and such going back to the early 2000s. Carlos Quebrada is a Colombian bassist and composer now resident in Buenos Aires, a member of the contemporary creative music and avant-jazz scene across South America, the leader, bassist and composer of the group Sales de Baño, and a member of several ensembles including Scelci Dúo (Chile), Ensamble Fractura (Chile), Nicotina Es Primavera (Perú / Argentina), and Cabeza de Termo Ensamble (Argentina). Here, on their first self-titled collaboration, the seven tracks (titled “A,” “B,” “C,” etc.) are far reaching sonic explorations using bass, voice, and electronics (cello is not credited, but who knows?), all utilizing only extended techniques on their various instruments, for a total of about 29 minutes of experimentation. There are also a number of other mystery sounds in the mix. The voice can be mumbling, semi-spoken words, grunts, squawks. screams, shrieks, gasps, croaking sounds, or just about anything else imaginable, sometimes scrambled and chopped up with brutal electronic processing, if you listens close you can hear Chen saying “let me out” midway through “B.” The bass is nearly indestinguishable as a bass other than its low register; sometimes it sounds like it’s being assaulted with power tools like drills and such, scraping and torturing the strings for effect, with electronics and strange sonic artifacts informing everything in this crazy playground of sounds. One can’t really tell when one track changes to the next, everything is sewn together tightly. All seven tracks can be sampled on the Bandcamp page, which is probably the best way to know if this will be to your liking. I can't really compare it to anything I've heard before.