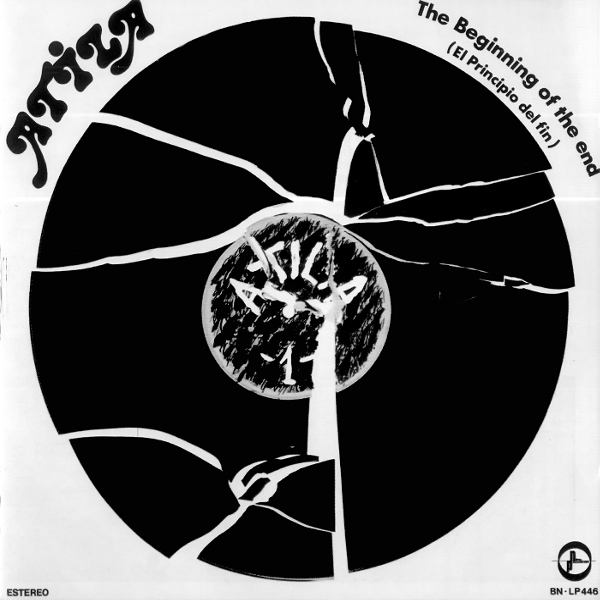 Atila dates back to 1973, when guitarist Eduardo Alvarez Niebla formed the band as a trio with two of his friends, Paco Ortega (keys) and Juan Punet (drums). This, their first album – so rare I was unaware of its existence until this CD reissue, was recorded in 1975, a completely self-produced and self distributed edition of 1000 copies. Lost Vinyl has done a splendid job on the reissue here, especially given the substandard quality of the original recordings – if this is a vinyl transfer, it's not apparent from normal listening. The album consists of one very long multi-part track "El Principio del Fin,” with no stops or breaks, other than to change sides, it was essentially a live recording, done on a very small budget. This is the same track whose best passages were re-recorded by the four-piece Atila on their second album Intencion. Their sound at this early stage could be described as ripping guitar-driven rock, with bits of recognizeable classical pieces appearing from time to time; the organ is prominent within the mix, also handling the bottom end using bass pedals. They ramble a bit, the soloing tends to get excessive at times, yet there are still enough changes to keep the music interesting. While the music here is not as crisp, overtly progressive and melodically colorful as on their later releases Intencion and especially Reviure, there is still plenty here to make it worth a listen.