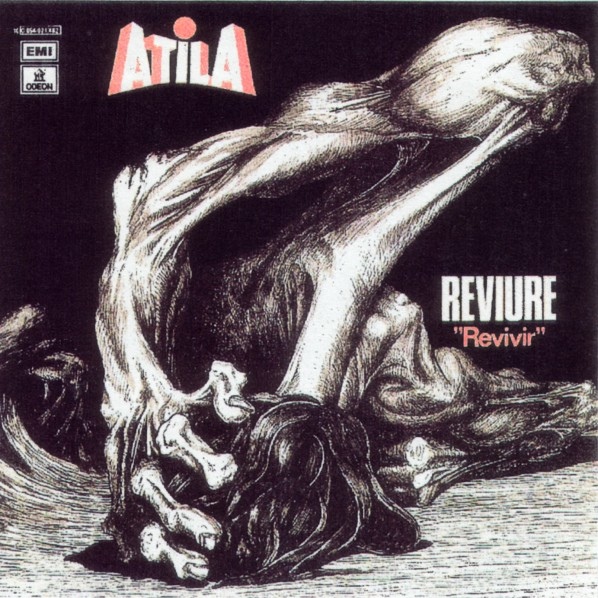 Anything can happen, but for over a decade I've been somewhat convinced that the odds of this fine Spanish progressive rock / space rock hybrid getting a legitimate CD release (I count at least two or three bootleg versions out there) are pretty low at this point (although if had come out on EMI in England, we might be seeing a Steven Wilson remastered 12 CD + 2 DVD box set by now). One reason is that the band itself reissued Intención with a later live version of the album, implying they probably didn't have much luck in digging it out again (not sure if it's a label stalemate or lost masters here, as always rumors abound). Anyway to my ears, this is one of if not the finest of the 70s Spanish albums, four long pieces that tend to bridge the space rock of Gong or Steve Hillage with the sounds of some of their contemporaries, with touches of Triana, Crack, and Iceberg in the mix. They had released two albums before this, their first, a psych rock / classical rock hybrid, and then Intención, which was more of the latter, but this one was a huge shift to a much different sound (Fusioon made a similar leap on their third album), with a great deal of energy, a sense of improvisation in the mix and a vocalist so wild he was way over the top and yet it still managed to work. Through the album there are some really tasty grooves and great soloing that also remind me a little of Crucis across the Atlantic. There are very few albums of this caliber that haven't gotten a CD reissue at this point — Reviure is decidedly one of the few hold outs.