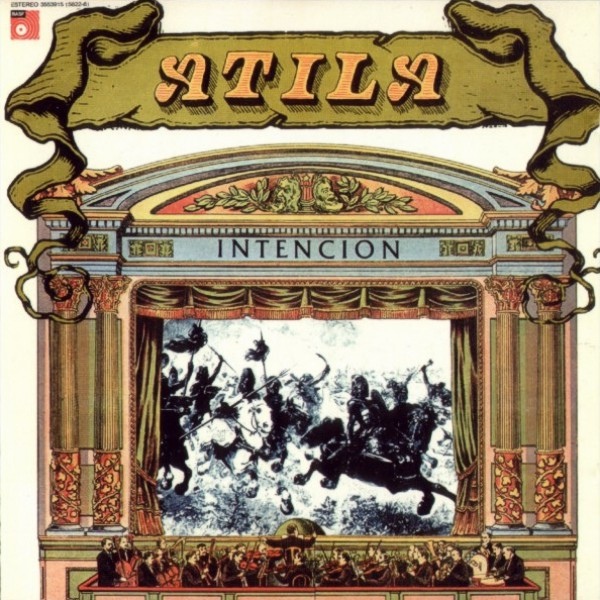 Best known for the incredibly magnificent Reviure, one of the best progressive rock albums all around, Atila are a Spanish classical rock group that started small and went out with a bang. Intención falls closer to the latter quality, playing a compex classically influenced rock. Lost Vinyl's only mark against them so far is the ridiculously shoddy pressing they used to master this CD – I had a better quality tape recording than the LP they used, and the fact that they snipped a couple of seconds from the beginning gives the strong start too much of a harsh abruptness. Regardless, you can always crank it up and the sound is pretty good just rather scratchy. The music here is quite good, not really hinting at Reviure, but more like a more mature version of their debut. In fact, Atila decided to redo their "The Beginning of the End" suite as its Spanish title "El Principio del Fin" at half the original time, resulting in a far more coherent and dynamic track. The first side is a slightly different affair – a diverse array of classical rock in the Italian school – with hints of groups such as The Trip, BMS, Corte dei Miracoli, Triade, or Buon Vecchio Charlie. In other ways it could be compared to the Spanish group Canarios by the way they do rock versions of classical themes. The opener "Intención" is especially excellent with a complex progressive with chunky organ and great fuzzed lead guitar with an intensity that reminds one of Brezovar (Ange). While it isn't quite as superb as Reviure (few albums are that good), it’s still excellent and comes definitely recommended.