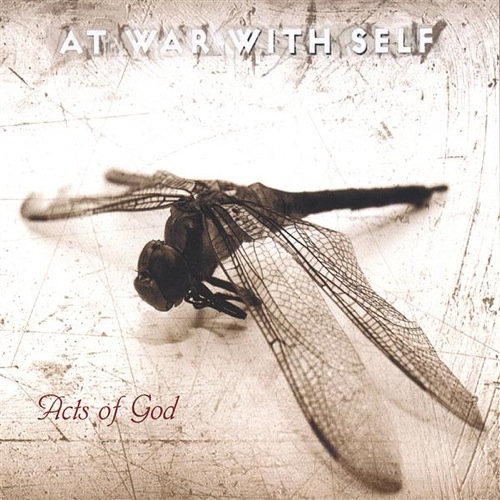 Guitarist Glenn Snelwar's second release under the At War with Self moniker is a curious turn in direction. By pushing the project in a more personalized course the possibilities for subsequent live performance may also present themselves as well. Michael Manring has been replaced by bassist Damon Trotta, making the effort a collaboration between like-minded friends rather than proficient fusion practitioners. Emphasis on acoustic instrumentation (particularly mandolin) is one of the key points of the success of the technical metal thrust of Snelwar and Trotta's enhanced vision. The light acoustic guitar and mandolin strumming sets a tone akin to Led Zeppelin’s III before the bass drum accents introduce a Jurassic Park like doom. The additional four cell framed video on the website for "911" represents a strong visual aspect of man-made destruction while unison riffs wail away. The link between Indianapolis based hard rock act Von Garcia and Vehicle marks another clue for the new project's enthusiasm. Vocally, Mark Sunshine invokes the late Layne Staley's (Alice in Chains) delivery on four tracks that surprisingly work well on "Threads" and "Ursa Minor." The former piece swings into jazz/funk territory with Snelwar's snaky leads put to good use. The latter song relies on a tremolo driven spacey motif for Sunshine's fitting vocal line. The album closer "Refugees" sounds like it could have been a grungy bluesy outtake from Jar of Flies. In summary Snelwar's new muse embraces hard rock thus sidestepping the successful technical metal trappings of the band's debut.

Related artist(s): At War with Self