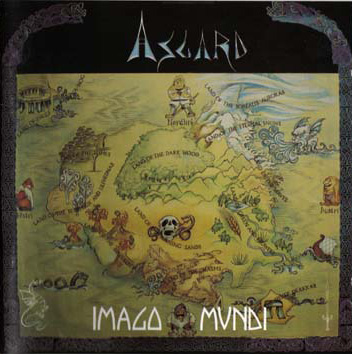 This, Asgard's fourth album, covers plenty of new territory, recaptures some of the lost ground from their original sound, and offers a quite a bit more accessibility - while maintaining a generally non-commercial spirit. For those not familiar, Asgard is an Italian neo-progressive rock band who tend to develop long thematic structures within their music, which typically involves album length conceptual projects. They never list the lineup on the CD booklets (I guess one needs to join the fan club to get that information), but it sounds very much like a six-piece with a dedicated lead singer, two guitars, bass, keys and drums. The band is very versatile, and can seem equally at home in a symphonic setting (as in Esoteric Poem, album No. 2) or a fast-paced urgency approaching the near metallics of Dream Theater or Rush (the album at hand). The vocalist, although he has a powerful delivery full of raw gut-felt emotion, sounds too much like too many other singers out there: depending on the style at hand - he reminds me of a cross between the German band Iskander and Marillion with Fish. Still, taken together, their music seems to possess an energy and spiritual drive, full of life and mysticism that the other neo's totally lack. Imago Mundi is the story of a warrior's wanderings across some imaginary land (presumed to be prehistoric Europe). Each of the album's thirteen tracks involves a part of this journey and some insight into human nature derived from it. Musically, the band has moved into a more stylistic rock setting, applied with a healthy dose of crunch, not unlike the more powerful moments of Clutching at Straws, but with a bit more of a metal edge at times. Yet at the same time they still retain some of that gothic moodiness from their previous release Arkana, which brought them close to the style of bands like Devil Doll or Golgotha. Finally, at least on a few tracks ("Land of the Silver Drakkar," "Land of the Green and Flowers," and "Courage - Land of the Dark Wood") they have managed to create some fairly accessible tunes with a thread of rhythmic continuity. Overall, an good fourth step for Asgard, that should offer some reassurance to those who thought they were about to go over the edge.