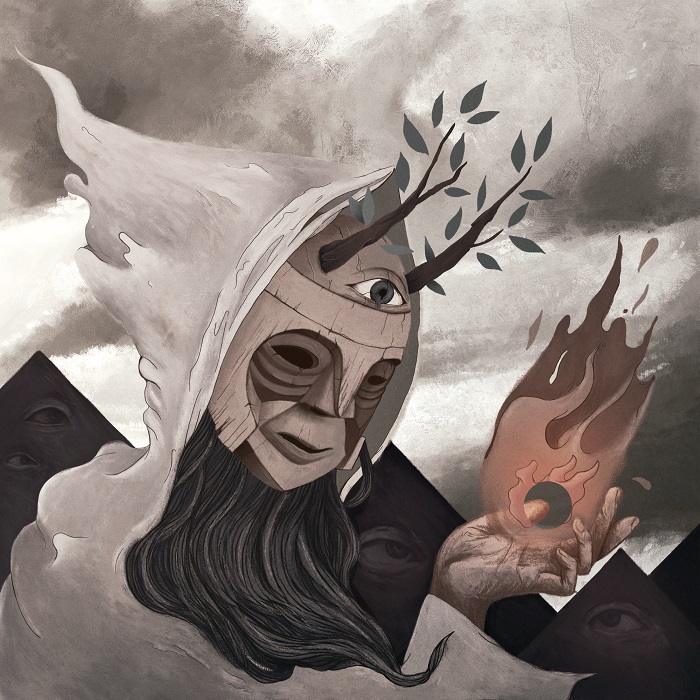 Asceta is a Chilean octet led by composer and multi-instrumentalist (mainly guitars, flute, synthesizer) Rodrigo Maccioni, formerly of the Chilean prog band Ábrete Gandul, which released four albums between 2000 and 2018. Firmly set on going in a more chamber-rock direction, he assembled the remaining group members, which include clarinetist Alfonso Vergara, Eduardo Rubio (fretted and fretless basses), cellist Cristian Peralta, drummer Leonardo Saavedra, bassoonist Efra Vidal, violinist Arianne Guerra, and Oscar Pizarro (piano and electric piano). There are no vocals. From the instruments they play, one can get a good idea of where they are coming from — some classical influences like Bartók and Stravinsky are quite strong, as well as some contemporary bands like Univers Zéro, Art Zoyd, Julverne. Nazca, and in particular, Miriodor. The seven song set opens with “Fobia,” a dark and eerie piece that builds slowly, first with the strings and winds until the piano and drums find their way into the instrumental mix, eventually finding an odd cadence that drives the piece forward to its near-nine minute conclusion. In this one, as with the other pieces in the set, there isn’t a lot of repetition, yet everything is strictly composed, and one would have to suspect that very little of what’s here is tied to improvisation. Right out of the box, woodwinds take the lead on “Virusmosis,” something of a shapeshifting creation that’s always in a state of flux. “Gigante Microscópico” is another extended piece that’s long on the clock at over eight minutes, but it features plenty of passages that embrace a less dark persona. Likewise, “Ameba” drifts around with precision as it approaches light symphonic territory, pushing beautiful melodies back and forth without much repetition. A fair amount of credit goes to Francisco Aguilera for his engineering work, and Udi Koomran for his mastering, Asceta’s debut album is a work of astonishing beauty and delightful mystery.