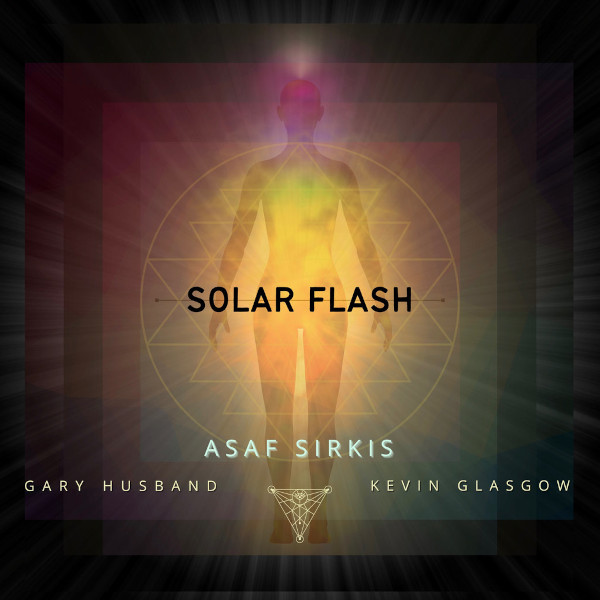 Solar Flash brings us yet another combination of the Moonjune regulars, with drummer Asaf Sirkis at the helm and providing the compositions and Gary Husband serving up keyboards, both of whom have appeared on numerous recordings, though not together. They’re joined by bassist Kevin Glasgow, who was previously unknown to me aside from an appearance on Nicolas Meier’s Peaceful. This core trio is augmented at times by Mark Wingfield (guitar) and Sylwia Białas (vocals), each of whom appears on three tracks, though only “Polish Suite, Part Two” features all five. All of the musicians are in peak form, presenting these outstanding compositions in a way that is consistently excellent. Sirkis again shows why he’s one of the world’s best drummers when it comes to the realm bridging jazz and rock, and his playing is integral to his writing. Husband is of course a fine keyboard player, and here his work is supremently tasteful, both on foundational parts and on solos. He has an exquisite sense of texture, and manages to use modern gear in ways that sound distinctive and gritty. Like many listeners, I generally favor the classic sounds of “real” keyboards (Rhodes, Hammond, Moog, etc.) due to the richness of their sound, but Husband comes up with some amazing tones. One he uses a few times is a bit like a mutated Rhodes with a hint of ring modulation and distortion to spice it up — I just love it every time he rips out a lead line on that patch. Glasgow’s playing is solid as well, and he contributes some nice solo spots too. As good as the trio-oriented pieces are, it really kicks into gear when Wingfield joins in. Like Husband, he’s a player with a distinctive touch on his instrument, and his fluid lines, in combination with the others, bring to mind some of Allan Holdsworth’s classic solo albums. Białas is mostly, but not exclusively, featured in the less energetic sections, providing wordless melodies and a sense of calm beauty. And I really appreciate the fact that the tracks aren’t drawn out longer than necessary — one just hits nine minutes, but most are in the five to seven minute range, never overstaying their welcome. I’ve lost track of how many times I’ve listened to Solar Flash, and it continues to provide enjoyment every time. It’s certainly one of the best releases on Moonjune, which puts it in elite company.