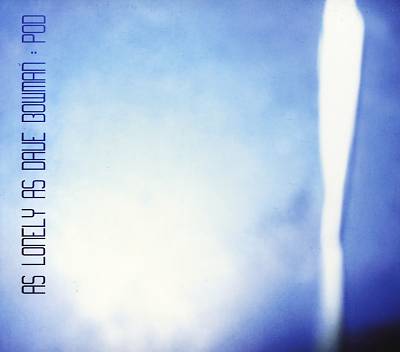 The genesis of this floating ambient side-project by Sam Rosenthal, founder of Black Tape for a Blue Girl, is an interesting one. It began with Rosenthal’s four year old son playing with a camera one afternoon; the resulting photos bore a soft, mysterious other-worldly effect that seemed striking enough to be an album cover. The music was then built around these images. The five tracks comprise a deep-space continuum of slow-evolving drones that breathe and grow and engulf the listener. Much like Bowman’s travels in 2001: A Space Odyssey, the effect is often one of eerie, cold solitude, a drifting journey into unknown quadrants where moments expand out into a vast emptiness, with seemingly no beginning or end. Each of the tracks is a standalone interpretation of this same general concept, not dreamlike, but instead like another alternate path out into an endless void. Who knows how these heavenly textural sounds were created? Loops of heavily processed something-or-other. In fact I don’t even want to know because that knowledge would reveal the mystery, and that mystery is a big part of what makes Pod so engaging. The sounds ebb and swell intermittently, then fade into the distance, while new textures move into the fore, all in an endless cycle. The first hand-numbered limited edition of 900 comes in a DVD sized package, after which it will be re-released in a different form.