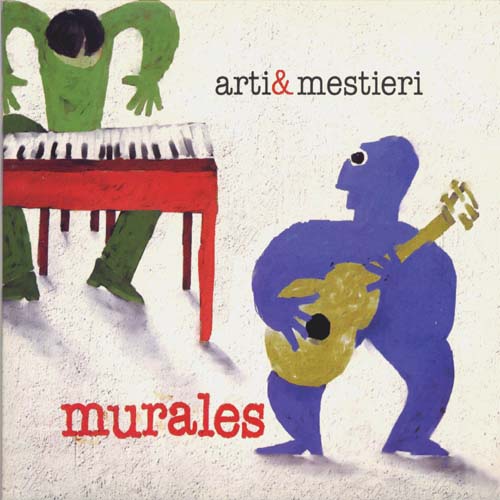 I have to admit that I’m not familiar with the original 70s incarnation of Arti e Mestieri. I’m told their first two albums are quite good, but I have to report that this newest release is a mixed bag. Parts of it show good playing, good ideas, and a jazz-rock fusion crossed with progressive style that’s a lot of fun, but other parts are about as exciting as what you hear in your average doctor’s waiting room. It starts off with a fairly decent track a little reminiscent of Happy the Man, nice but not outstanding. The second track is my favorite on the disc, with some great organ and violin leads, unpredictable rhythms, and fiery playing all around. A few cheesy digital keyboard sounds (breathy flutes and orchestra hit samples) detract from a great instrumental piece, but that’s a minor complaint. Unfortunately it’s pretty much downhill from there. Only Furio Chirico’s drumming lifts the pieces above Contemporary Instrumental sappiness; on the quieter acoustic pieces, that saving grace is lost, and we’re left with something that could pass for jazz lite or could easily be at home on Narada or Windham Hill. A few world music touches (didgeridoo, vocal samples, wood flute) seem tacked on without being integrated into the pieces.