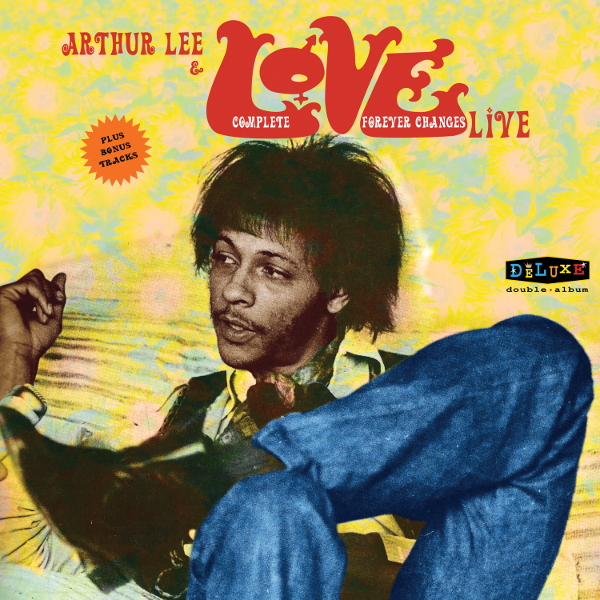 When Love released Forever Changes in 1967, the critics panned it. But over the years opinions have changed and Forever Changes is now considered one of the top 100 most influential albums. Love did not last much beyond their next album in 1968, with Arthur Lee moving into a different musical direction. He recorded a number of albums that remained unreleased for years. Then in the mid 90s he spent time in jail on charges of the negligent discharge of a firearm during an argument. He was released after serving six years of an eleven year sentence as new evidence came to light. He kept up his spirits while in jail and yearned for the day when he could perform again. Around this same time LA neo-psych band Baby Lemonade started covering Arthur Lee’s Love songs and when Arthur was released in 2001 they hooked and started touring until Arthur could no longer perform in 2005 as his health failed from leukemia that ultimately led to his death in 2006. Interestingly, Forever Changes was always more popular in the UK than the US. So in 2003 Arthur Lee and Baby Lemonade, now called Love or Love Revisited, played a long string of dates in England accompanied by the Stockholm Strings and Horns, from January to August. Their Royal Festival Hall concert was released on Snapper that same year. In July, Arthur Lee and Love performed Forever Changes in front of 65,000 people at the Glastonbury music festival, a first experience for Arthur and bandmates. The set list copied the entire order of the 36-year-old album, sounding like a new release, and that performance is now available on RockBeat as Complete “Forever Changes” Live. These performances would have been seriously lacking without the strings and mariachi brass accompaniment, an element that Arthur wanted when he composed the music in the 60s, not an add-on by the producers. They ended their set as the sun was setting, with Arthur thanking all 65,000 for attending and then launched into “7 & 7 Is,” a fitting song to close their performance. This live recording is a perfect companion to the studio albums and the other live Love recordings.