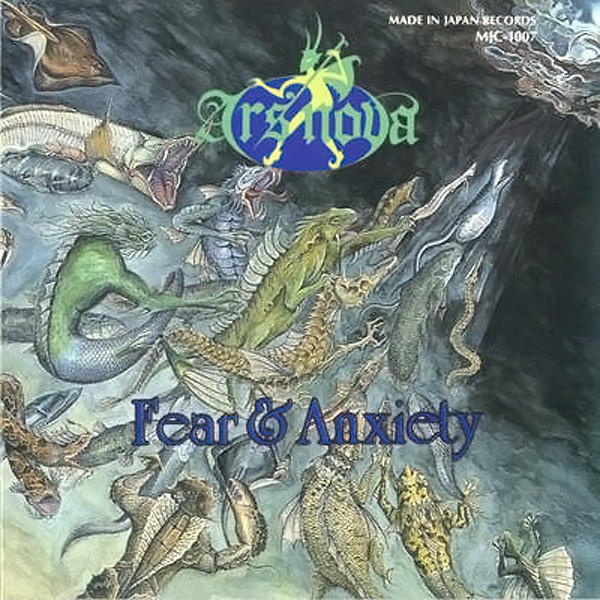 Here is one of those albums that I hate at one listen, and love at the next. Ars Nova is a Japanese instrumental trio of mega-keyboards, bass, and drums, playing pretty much in the tired old keyboard trio format pioneered by The Nice, ELP, and followed by so many others since, most notably in this case another Japanese band, Deja-Vu. But it can't be dismissed that easily. The sound is busy, multi-layered keys handling just about everything – keyboardist Keiko Kumagai is certainly competent, and offers some very interesting compositions with passion, fire, and rhythmic intensity – as well as some very cheesy, derivative and overblown moments, often within seconds of one another. Bassist Kyoko Saito and drummer Yumiko Saito add very little flash to the music, handling their duties quite competently but remaining buried under the dense wall-of-keyboard sound. The comparisons with Deja-Vu are not unfounded, as the main influence here seems to be European classical, both in rhythm and melody, albeit sometimes shallow and jejune. Whereas Deja-Vu at least had vocals to cover its weaknesses, Ars Nova chooses to forge ahead without a singer, indeed these compositions do not lend themselves well to vocals – too many tight, abrupt changes and chaotic twists and turns. Still, this is not bad for a debut album. Some of the album's better tracks are the furious fast-paced "d3iha:d" (no, that's not a typo), and the nine minute album closer "Fata Morgana," which offers a memorable main melody draped in synthesizer wash, articulated by other interesting side trips along the way.