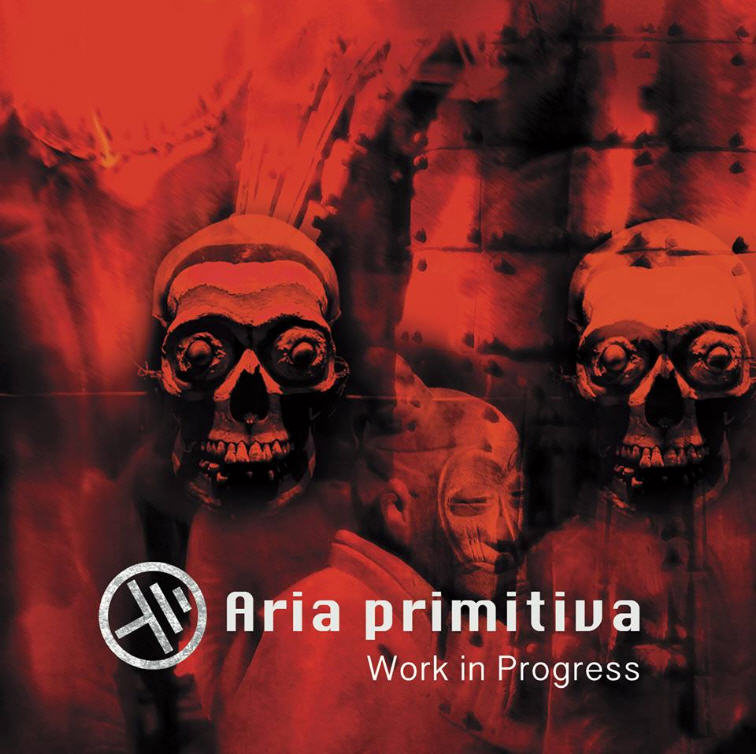 Since leaving Art Zoyd at the end of the 90s, bassist and cellist Thierry Zaboitzeff as been busy with his own solo work, as well as writing scores for theater and dance, many of which have been released and have been reviewed in the pages of Exposé. Now we have a 24 minute EP from his latest project, Aria Primitiva, titled Work in Progress. Hopefully this EP is a forehint of a full-length release yet to come — the three tracks strongly steeped in electronics and strangeness, which is nothing new if one reviews TZ’s entire body of work; one of his mid-80s endeavors Dr. Zab and his Robotic Strings Orchestra offered listeners strong hints of these kinds of ideas a long time ago, Aria Primitiva is much in the same vein but far more developed and refined, and now with other musicians involved, it is entirely performable in a live setting. The trio consists of Zaboitzeff on cello, bass, sampler, and voices (mostly growling, monstrous sort of vocal sounds that fit the futuristic and exotic flavor of the music to a tee, but some vocals with lyrics as well), Cecile Thévenot on keyboards and sampler, and Nadia Ratsimandresy on keyboards and Ondes Martenot, which is an early 30s-era electronic keyboard instrument with an eerie wavering sound similar to the Theremin, primarily used in movies and television and some 20th Century classical music. Here, the instrument finds itself right at home in these futuristic nightmarish soundscapes. “Maidaykali” opens the proceedings, six minutes of high speed heavy electronic beats, growling vocals (not unlike something one might hear on any mid-to-late 70s Magma album) and meandering melodic arrangements counterpointing throughout. There is no drummer, so these are all electronic beats. The 15 minute “Aria Primativa” is the centerpiece here, as it winds through numerous sections of M.C.Escher-like musical developments winding back on one another as they seem to propel themselves forward over a foundation of superlative intensity, with sudden changes and angular abstractions coming at the listener at every turn. “Sleep No More” begins with the sounds of dogs barking and general chaos from which an intensely fractured composition emerges, with the vocals repeating, “No more, no more…” at regular intervals. It’s over in less than four minutes though, and that’s sadly where this EP ends. Certainly an impressive beginning for Aria Primitiva!