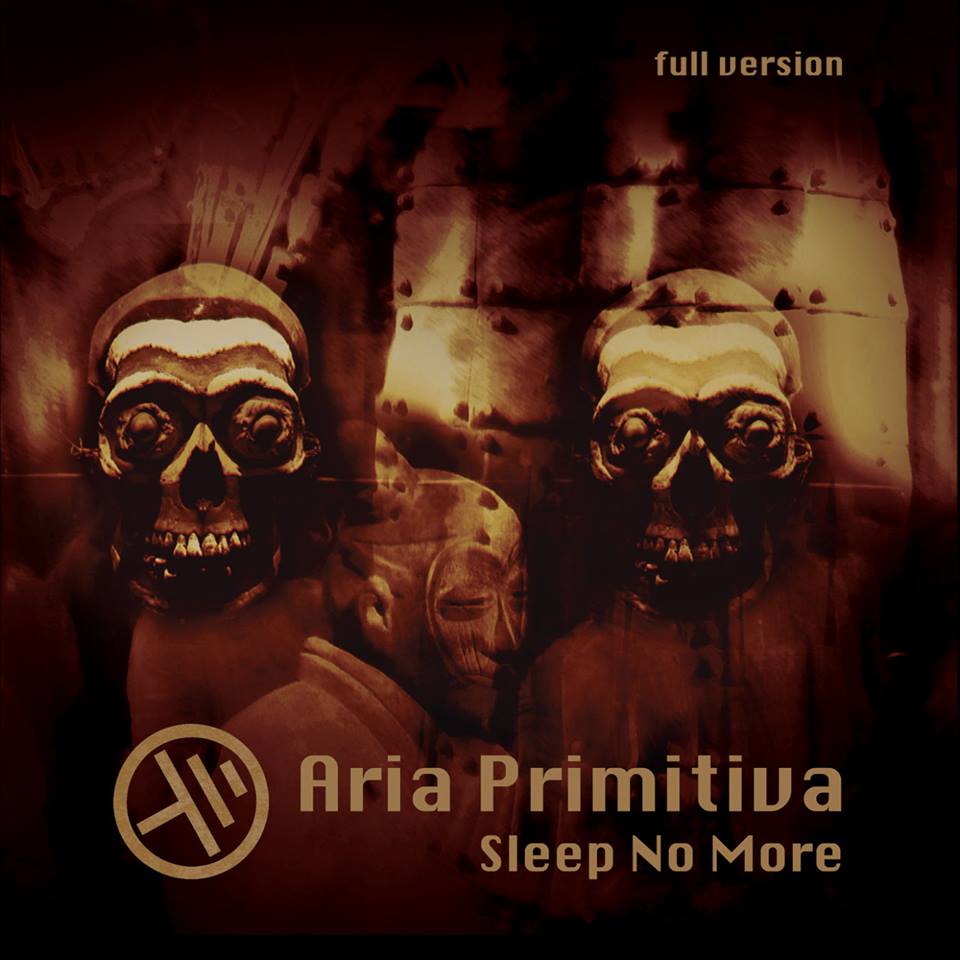 It wasn’t that long ago that we reviewed the three song teaser Work in Progress, which was a preview of sorts to this, Aria Primitiva’s first full-length foray into their unique soundworld, a hypnotic avant-garde soundtrack seemingly suspended in a nightmare, offering many bizarre and curious twists as it proceeds, as well as deep forays into unexpected new territories. The band is led by one-time (long, long ago) Art Zoyd cellist and bassist Thierry Zaboitzeff, here adding sampler, programming, and vocals to that list, as well as responsibility for most of the compositions, save one Eno / Bowie composition (“Helden,” which they do a splendid job on) and a couple group impovisations. Nadia Ratsimandresy plays keyboards and the ondes Martenot, and Cécile Thévenot plays keyboards and sampler. There are no drums per se, but programmed beats which, along with the keys, ondes martentot, and samplers often give these works a very aggressive electronic feel, almost other-worldly at times. Three of the pieces here were presented on the EP, including the fourteen-minute centerpiece of the album “Aria Primitiva” and the title track, both perhaps remixed with a bit more punch, and the six-minute “Maidaykali” is about a minute longer with additional improv added to the beginning. The growling vocals on the latter will certainly recall Magma in their Üdü Ẁüdü and Attahk period, and they also seem to be in some mysterious language. The opener, “Endayi Endesi,” pits a powerful and eerie melody against the chattering bottom end, with some vocals only appearing in the last half-minute, like an introduction. “Kletka” is one of two live group improvisations (the other being “Hystamack”), both relatively short interludes of a few minutes joining the more high-powered elements in the program, but their inclusion is essential. “Nixen” opens with an articulate and soft piece for piano, which switches into a more electronic based piece at midpoint highlighted by voices, effects, and cello, making for a nice break after the high powered intensity of “Aria Primitiva.” All taken, Sleep No More more than lives up to all the expectations set by their impressive 2018 EP.