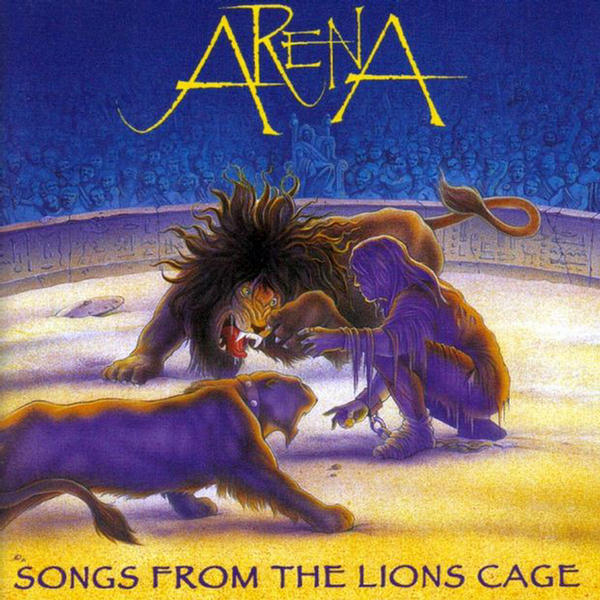 Mick Pointer, ex-Marillion drummer leading a comeback effort after 12 years away from the music scene? No way. Well, it's true — sort of anyway. After leaving Marillion following Script for a Jester's Tear, Pointer has been in musical anonymity for the past decade, until now. Teaming up with the keyboardist of a thousand bands, Clive Nolan, Pointer has assembled Arena. All of the compositions are credited with being written by Pointer/Nolan, and the sticker on the front of the CD says "featuring Mick Pointer ex-Marillion." Perhaps one of the best aspects of the CD is that this statement is not true. I guess this is sort of a sideways compliment to Pointer, who underwhelmed me with his drumming during his Marillion tenure. When I heard about the Arena album, I was anticipating tons of sloppy drumming with the drums mixed up way too high. However, Pointer doesn't try to make the drums overly prominent, and the album focuses on songs rather than any one person's playing. Plus, it sounds like he's gotten a lot better on drums to boot! Nice effort, Mick! As for the music, it's not the incredible masterpiece that I've heard so many people talk about. There's not a whole lot of really fresh sounding ideas on it, but all the tracks are pretty solid and every song has a very strong sense of melody — a lot more so than Marillion. Nolan's Minimoog playing is the best part of the album. That keyboard is dialed! Oddly, while he uses Minimoog and Mellotron, he leaves out the other mainstay of 70s progressive rock — the Hammond Organ! Really Clive, if you're going to use a real Mini and 'Tron, you could use a real Hammond too. The vocalist doesn't really sound like Fish, but one song, "Valley of the Kings," sounds like it should have Fish singing it. The vocals sound more like Gary Chandler of Jadis crossed with that new singer from Asia. While it's not the most innovative new album on the market, Arena has come up with a solid album that is sure to please Marillion and Pendragon fans, and anybody who likes music with a strong melody. I'll bet a steak dinner that if and when they tour, they play "Grendel." Any takers?