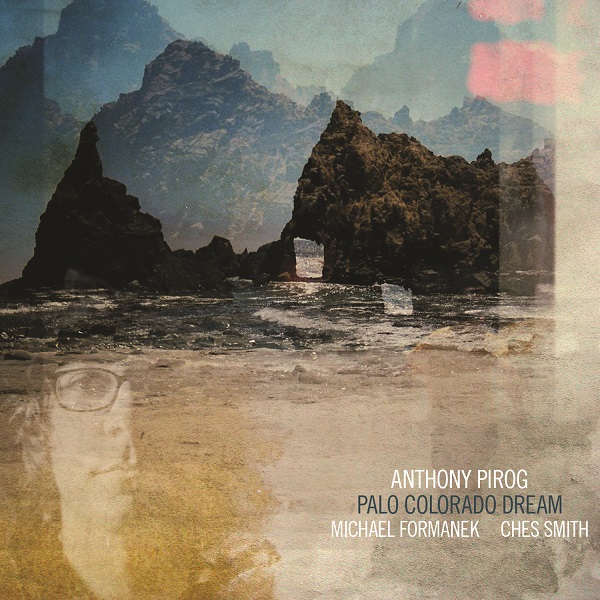 I first heard Anthony Pirog with the release of Where Is Home from his duo with cellist Janel Leppin. Palo Colorado Dream features him as leader of a trio with Ches Smith on drums and Michael Formanek on bass. In addition to his guitar, Pirog contributes a variety of keyboards and percussion, but it is the guitar playing that really makes this record special. His playing is all over the map in a wonderful way, at times haunting, floating, lyrical tones, at other times distorted and wailing. The others contribute superbly, and it's testament to their talents that the three had never played together before arriving at the studio to record this album. Formanek is well known in jazz circles (we last covered him with Thumbscrew), and he fits right in here, with his acoustic bass a perfect contrast to the electric guitar. I wasn't familiar with Smith, though looking at his resume (John Zorn, Secret Chiefs 3, Fred Frith, Marc Ribot, and many more), it's no wonder Pirog invited him along, and he rises to the challenge of a piece called "Motian" with aplomb. I'm going to skip over the comparisons to other guitarists: while they might be valid, I don't want to distract from Pirog's originality. This is one of my favorite guitar records of 2014, and an unqualified recommendation.