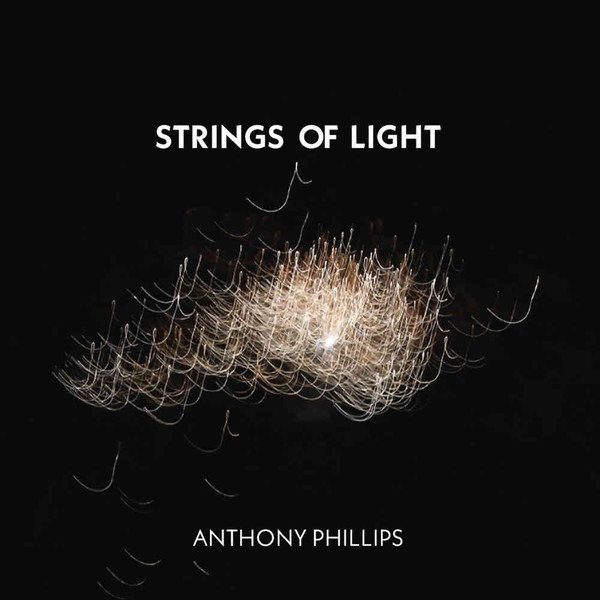 “Seven Long Years” was the closing track on Phillips’ 1978 album Private Parts and Pieces, perhaps a foetelling of the long seven year wait since his last album, City of Dreams in 2012. What we have here, from the founder of the early Genesis sound that lived on long after he left the band after their second album, is a two-CD set of solo guitar instrumentals that are unmistakably his, performed on his array of guitars (which includes mandolins – or a bell cittern to be precise, a variety of acoustic six- and twelve- and sixteen-strings, nylon string classical guitars, and even a Fender Stratocaster on one track. Copious liner notes detail which guitar was used for each of the album’s 24 tracks. So how to describe Anthony Phillips’ style to someone who has never heard any of those early Genesis albums or his four dozen or so solo albums he has released in the years since? That’s certainly a difficult task, but one will know it when they hear it. Regarding Strings of Light, these are all solo instrumental pieces, no vocals, no synthesizers or pianos or anything else for that matter, just a showcase of his style on his various stringed instruments, very intimate and somewhat introspective, perfect music for an autumn night curled up next to the fireside, and there he is right across your living room spinning beautiful guitar masterpieces with powerful melodies coming from his one man string workshop. Some pieces may remind you of something you’ve heard before, maybe the intro to “White Mountain” or “Firth of Fifth,” or elements of “Stagnation” or the quiet acoustic parts of “Supper’s Ready,” but as soon as they are recognized, they quickly disappear off in a different direction; everything here is new, Phillips is a veritable fountain of creativity, but with so many previous recordings he does have an established style of composition and playing, and that is on full display throughout. Perhaps this will remind listeners of his previous double disc set of acoustic guitar instrumentals, Field Day, from 2005, though I would say Strings of Light hints at an earlier vintage sound and features more variety. But wait, there is more: The package also features a DVD of the entire album in 5.1 surround sound, I mean, how cool is that?

The Bass Gang - Evasioni, Fughe & La Contrabbassatta – Alberto Pocini is a double-bass player from Italy who's played extensively in his homeland as well as with the London Symphony Orchestra. Pocini's After Genesis project attests to his varied musical...  (2007) » Read more

Only the Elk Remains