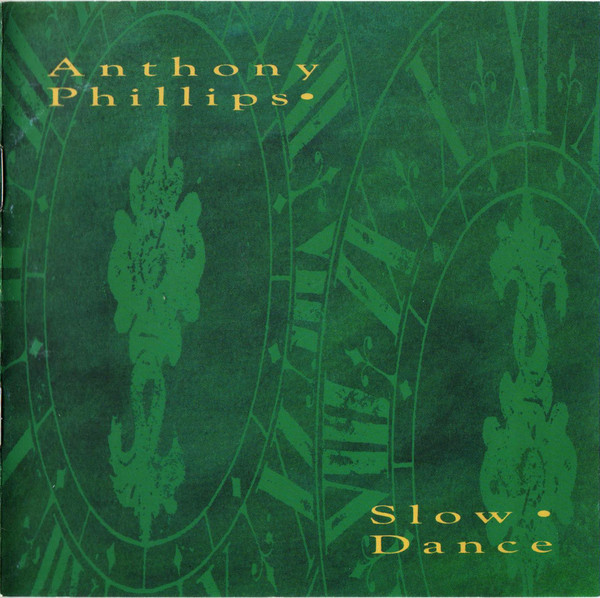 As it happens, this lavish reissue package arrived in my mail on the same day as the new album by Simon Phillips (reviewed a couple days ago), and the coincidence of having two things to review by musicians with the same last name struck me, especially as the two albums couldn’t be more different. Simon produced a high-energy fusion workout, and Anthony has a low-key work, mostly self-played music for guitars and keyboards with strings and a few other instruments (harp, trumpet, clarinet, flute, orchestral percussion, and a bit of drum kit). The original recording dates from 1990, and was in part an attempt to get in on the booming market for New Age music. As such, it’s a bit of an oddity, partly resembling his Private Parts and Pieces releases, partly sounding like the soundtrack to a classy BBC drama, and partly like a Mike Oldfield album with less rock influence. The original album consisted of two side-long tracks, each of which was really a continuous suite of varying sections. Most of it comes off pretty well, though the more upbeat sections suffer from a somewhat sterile sound on the keyboards. Many sections consist of a lilting melody played on a keyboard, backed by lovely arpeggios on either guitar or another keyboard. After a bit, a countermelody will slip in subtly. There are other sections that present slow-moving chords on string-like keyboards (or sometimes real strings, either mixed in or by themselves). It’s all very pretty and mostly soothing, avoiding big dramatic swells. There are two sections in part one where percussion gives us a beat, though neither remotely approaches rock. Part two unfolds in a similar fashion, with a different balance between the various elements, and perhaps a slightly stronger emphasis on the electronic sounds, including a few sections with sequenced lines underpinning the melodies. The sections featuring programmed percussion sound dated, suffering in spite of the quality of the melodies. Looking back from today’s vantage point, Slow Dance occupies an awkward middle ground between meditative New Age music, electronic music, and atmospheric soundtrack music.

The bonus CD is called Slow Dance Vignettes, and gives us nine shorter tracks excerpted from the main body of the album, sometimes in alternate or remixed form. These will prove useful for fans who would like to include parts of the music on a mixtape, and I think some of the alternate versions are in fact superior to the originals, though others are best skipped. Finally, the package includes a DVD with both stereo and 5.1 surround mixes of the original album. The booklet contains much detailed information about how and why the album was recorded, filling in a little-known corner of an illustrious career. While Slow Dance is not one of Anthony Phillips’ best releases, it’s not without merit, and parts of it are quite lovely, especially where he focuses on his acoustic guitar.