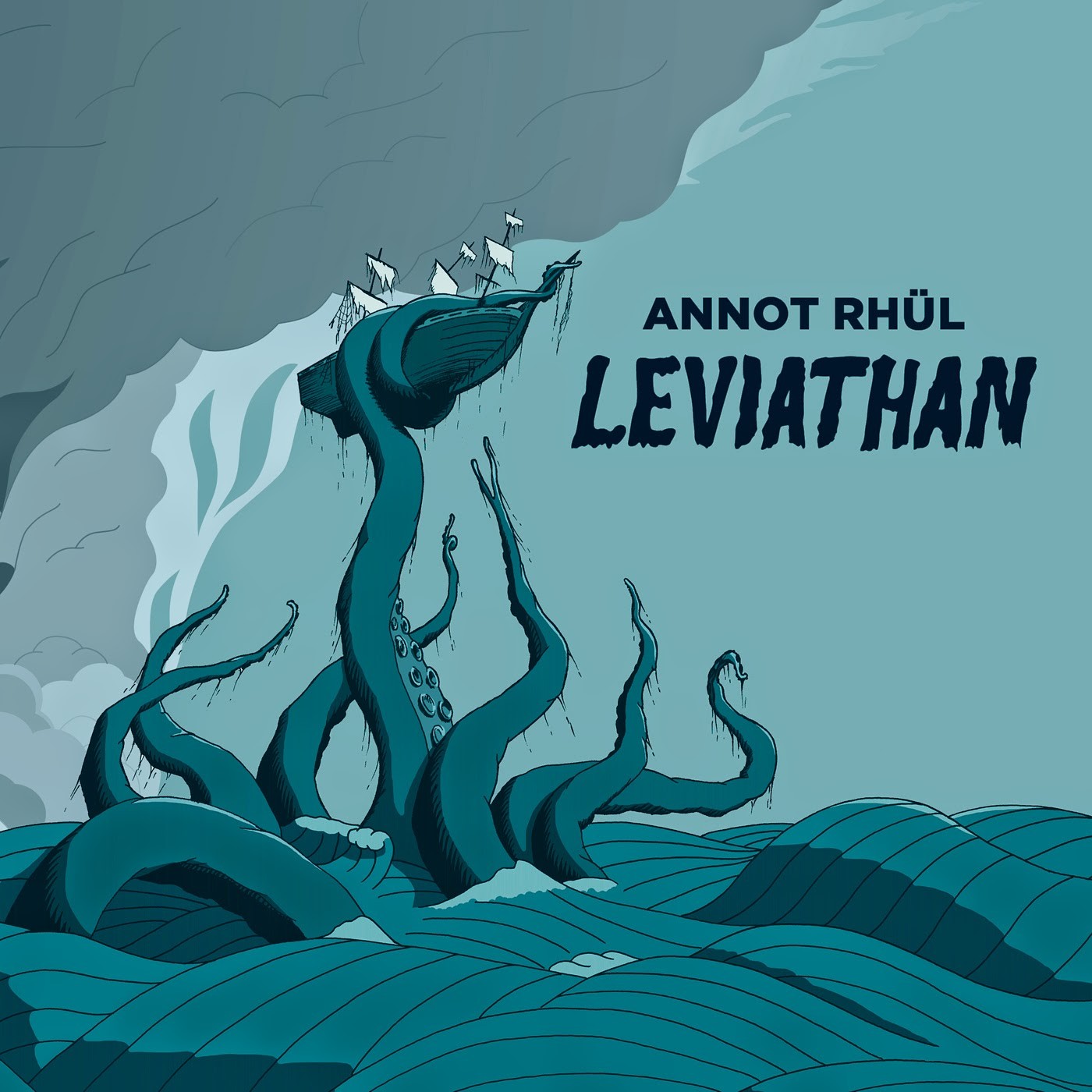 H.P. Lovecraft's Cthulhu Mythos has fascinated authors, filmmakers, and musicians since its debut in 1928. The latest incarnation is Leviathan, the studio project of Norwegian Sigurd Tonna, aka Annot Rhül. Sigurd composes and records demos and then enlists his friends to play the parts that he cannot: Halvor William Sanden on drums; Burt Rocket, Jürgen Kosmos, and Organ Morgan (Seid); Lars Fredrik Froislie (Wobbler); Sven Arne Skarvik and Ingrid Velle (Love Revolt); Allessandro Elide (Manifest/Hoist); and Erlend Naalsund (Asiago). The result is 60s/70s inspired psych and prog rock composed around the Cthulhu Mythos. The album opens with the sinister “Leviathan Suite,” which sets the mood for the rest of the disc. The music is quite symphonic, at times calling to mind Le Orme. The second track is “The Colour out of Space,” based on a Lovecraft short story that foreshadows Cthulu’s arrival. This instrumental track is a strong aggressive slice of prog rock and analog synths. “Surya,” the chief Hindu solar deity, is the subject of the eerie third track with what I believe is a hammered dulcimer lending a mid-eastern vibe to the music. The next track, “Distant Star,” is pure 60s sci-fi rock and roll. “The Mountains of Madness,” Lovecraft’s 1931 novella about Cthulhu’s star-spawn, is the inspiration for a very cinematic track with some crazed laughter in the mix. And the disc closes with “R’lyeh,” named for Cthulhu’s undersea domicile, that begins with a music box melody that morphs into another excellent Gothic progressive instrumental that goes through different emotions, dramatic and beautiful. At times I am reminded of Pulsar’s Halloween and Opus Avantra’s Introspezione. Then near the end of this 12-minute track, the music becomes aggressive as Cthulhu awakes. There is the hint of wailing voices and martial music. Leviathan is quite an impressive release and well worth investigating.

Area - La Mela di Odessa – First off: to the best of my knowledge, this is a bootleg recording, of dubious legal origin, and the sound quality is marginal at best. If that scares you away, no need to read on further. Area...  (2000) » Read more