Angelica Sanchez & Marilyn Crispell — How to Turn the Moon
(Pyroclastic Records no#, 2020, CD) 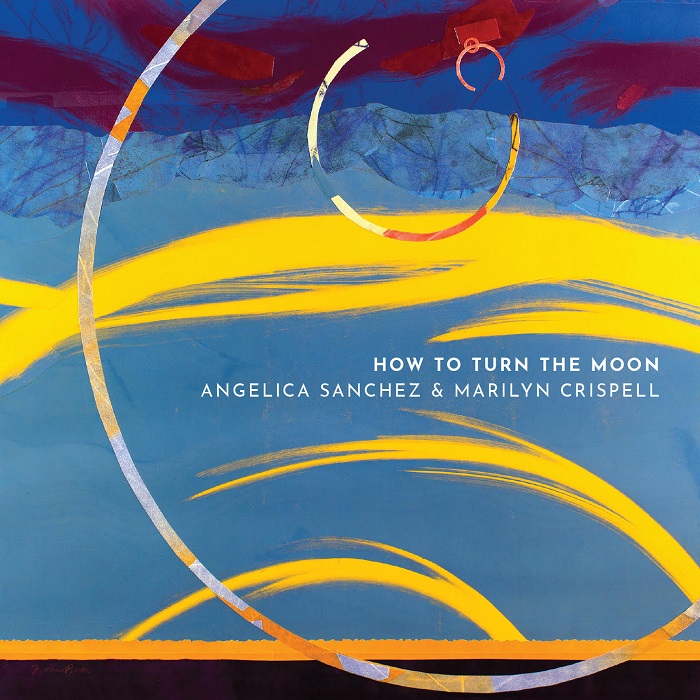 There may be a bit of confusion as to the title of this set, which I received as a promotional download titled Windfall Light (the title of the sixth piece in the set), though the front cover artwork clearly bears the longer title How to Turn the Moon (as does the press release), but it doesn’t really matter, it is what it is by any title, and unlike most of what we review here, this is very different in many ways. Pianist and composer Angelica Sanchez has been featured on albums by Wadada Leo Smith, ToPaRaMa, Markus Reuter, Paul Dunmall, Rob Mazurek, and many others, as well as leading her own groups. Pianist and composer Marilyn Crispell was featured in the Anthony Braxton quartet for many years, and in addition has released numerous recordings over the years solo or in collaboration with others, a very impressive resumé indeed, and was a longtime influence and mentor to Sanchez; yet here it is in 2020, the first time the two have collaborated together. All of the ten tracks here were composed by Sanchez, three of them in collaboration with Crispell, but it must be said that both of these women are outstanding improvisers as well, and throughout the set the two find many departure points from the composed to the improvised world, and just as seamlessly find their way back. The meditative “Calyces of Held” and “Ceiba Portal” are two fine examples, at roughly eight minutes each, yet the three minute “Space Junk” that separates the two seems to be mostly improvised from the start. There are the two pianos, two players of a similar style, and no other instruments, and what one gets out of these ten tracks depends on how one listens to them; one might be tempted to just listen to How to Turn the Moon as background music, and for that you will get something like piano wallpaper — a lot of tinkly ivory tones that keep the listener alert but don’t really reach deep into your psyche, or, one can go the extra mile, put on the headphones and drop the lights down low and hear what’s really going on between these two as their expressive playing reaches in and touches your soul.

Alonso Arreloa / LabA - Música Horizontal – One of the big surprises of Baja 2008, Alonso Arreola and his band/project LabA tore up the opening slot at the theater on the first night with his funky 8-string bass maneuverings and avant-garde...  (2008) » Read more