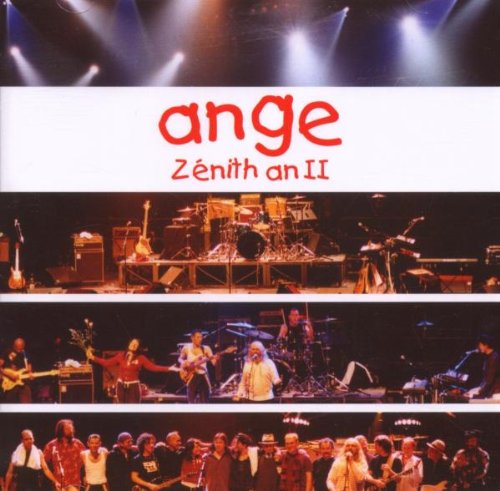 October 13, 2002 is perhaps a legendary date for fans of Ange. It was on this autumn evening that the band took to the stage at the Paris Zenith with a host of Ange members past and present, along with a number of guests. Sixteen musicians in all, appearing at various times throughout the two hour set. As one might expect given the appearances of former and current band members, the track selections cover the span of decades, twenty songs plus an 11 minute bonus track. As such, Zenith An II may be a great introduction to their music for listeners of their older albums who are still unfamiliar with their newer music, or more to the point, Decamps' dynamite new band. The older material is delivered with the panache we expect from the band, while the newer music fits comfortably beside the old. Tristan Decamps even uses his uncle's dusty old organ sound from the olden days when called for. As a live band, Ange is at the top of their game, and most important, Christian Decamps shows no signs of slowing down after so many years. He performs with his characteristic drama, showmanship, and rich powerful vocal tones, impressively (though not surprisingly) keeping pace with the accomplished vocals of the more youthful Caroline Crozat. He's quite incredible here, as is the rest of the band.