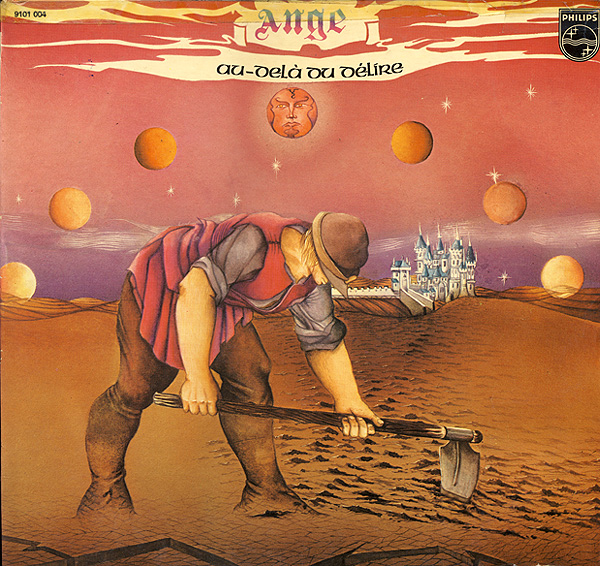 Ange were probably the premiere French symphonic progressive rock group, although I always run across fans of the genre who don't like what they do. I've always loved their sound and atmosphere, it's always struck me as being slightly arcane, the organs and Mellotrons effected in a way that makes them sound slightly different to their contemporararies. Au-Delà was the band's third album and arguably their peak, an album with a real poetic touch, passionate vocals, an antique almost fairly tale or nursery rhyme type of approach whose gentle parts can reel you in before vocalist Christian DeCamps could turn to anger and rage on a dime. Favorites are the epic "Fils de Lumiere," "Les Longues Nuits d'Isaac" and the intensely powerful "Exode" which to me rates as one of the best tracks of the genre. And it should be said that the old CD reissues really don't do justice to the beautiful gatefolds. If you've never heard them this is probably the one to start with (although I think my first was Emile Jacotey).