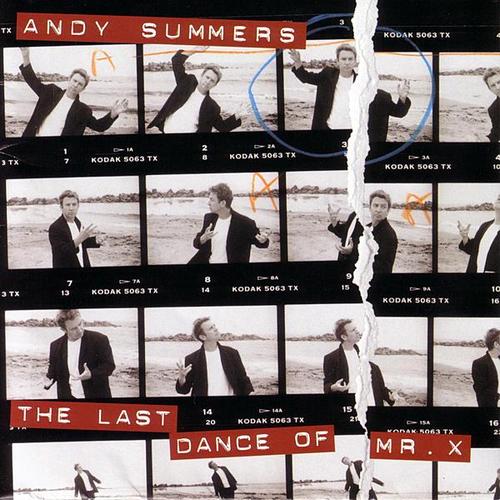 What's this? Former Police-man Andy Summers fronting what is essentially a power trio? And with a backing band consisting of monster bassist Tony Levin and Gregg Bissonette on drums? Perhaps the lesson that we learn here is not to pigeon-hole musicians because Summers might surprise many of us with his chops and strong leads. We all know Andy Summers from his ultra-tasteful rhythm playing, but here he sounds more like Holdsworth than that guy who played with Sting. The material is evenly split between modern jazz standards (by the likes of Wayne Shorter, Horace Silver, Monk, and Mingus) and Summers' originals. The arrangements are what really make this a special disc, since it rarely settles for a "jazzy" sound despite the material. They are consistently inventive and the band takes distinctly different approaches to each tune. The trio plays almost telepathically, and the setting is ideal for showcasing Summers' clean chordal work and economical solo excursions. Having only heard some of Summers' solo albums since leaving the Police I must admit that I wasn't prepared for the strength of this one. Some of his earlier work featured some rather mushy new age approaches that simply didn't put his full talents in the proper light. He comes out burning on this one and really carries the album despite the fact that the trio format can be very demanding on the leader. Andy even reinforces the power trio comparison by quoting some Clapton licks from "Sunshine of Your Love"! This disc will appeal to fans of IOU or Road Games era Holdsworth, and will also play well with fusion and jazz fans in general. While his leads are not as blistering as a Holdsworth or Steve Morse, Summers more than makes up for that with his tasty chordal work and creative interpretations of some wonderful jazz tunes. This one might just take some of you by surprise...