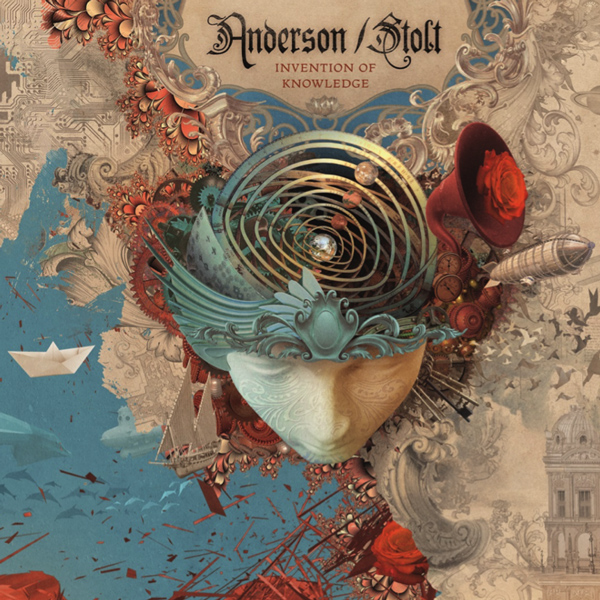 Suddenly Jon Anderson is bursting with activity (Chris Squire’s passing could have had something to do with it). One of the first projects out of the gate is this collaboration with singer/guitarist/producer Roine Stolt (Flower Kings, Transatlantic). Anderson (in California) sent Stolt (in Sweden) a trove of demos from work he’d been doing with various musicians over the years, all over the Internet. Stolt then organized the material and orchestrated sessions with a group of musicians including Tom Brislin and Nad Sylvan (as well as most of his Flower King cohorts) to give it all a sense of flow and a unified sound. The final product is comprised of four large tracks, most broken into multi-part suites (fans of Yes will be well acquainted with this approach) with Andersonian titles like “Everybody Heals,” “We Are Truth,” and “Golden Light.” Lyrically some of the material is a bit hard to swallow (“Truth takes us to the energy!”), though anyone following Anderson over the past 20 years shouldn’t be too surprised. The good news is that at 70 years old he can still sing as only Jon Anderson can. And Stolt deserves a medal for what must have been a herculean task to fashion the original demos into what sounds a lot like Jon Anderson fronting The Flower Kings. All of the majestic grandeur and positive spiritual vibes you’d expect from this collaboration are there in spades. It’s an easy prediction that fans of both musicians will be pleased with the results.