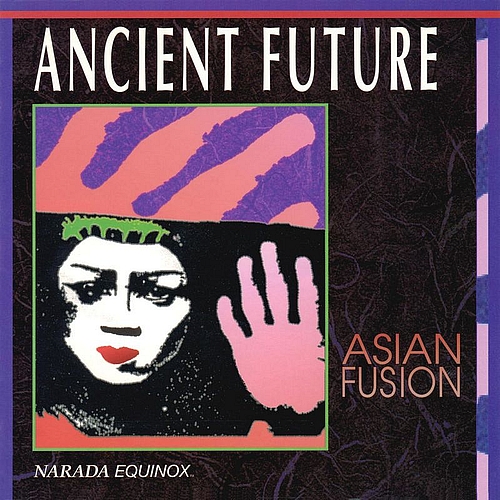 Around 1980, Ancient Future released two excellent albums of acoustic world-music, the second of which (Natural Rhythms) remains a landmark of the genre, with its surreal eccentricity and sonic experimentation, which even included live improvisations with Balinese rice-paddy frogs! The band then disappeared for some five years, then reappeared as a very typical new-age four piece, with Matthew Montfort (guitars) being the only surviving member of the original three-piece lineup. Their 'new' sound only contained vague references to what they once were all about, and lacked any real distinction. Several more albums were released, and none of them seemed to foster much of the original brilliance of those formative years... that is, until now. On Asian Fusion, the latest release, they have finally recaptured the spirit of their earliest endeavors, while dispensing with a lot of the new-age blandness that has clearly marred their more recent efforts. Part of it is no doubt due to the extensive use of guest musicians, also a staple of the early albums - but beyond that, they are making conscious moves into some new directions, the results being truly credible and cohesive, rather than the sometimes-academic attempts typically offered by other artists in the genre. In addition to Montfort, the core lineup now includes Ian Dogole (percussion), Jim Hurley (violin), and Doug McKeehan (keyboards), with Bill Douglass (bass) featured on almost every track. The album's twelve tracks offer a variety of perspectives, from the upbeat jazz-meets-Japanese-traditional "Bookenda (the Adventurer)" to the tranquil Javanese gamelan-styled "Sunda Straits," the compositions throughout this set are inspired, and the playing is tight, eloquent and well focused - overall this is a very worthwhile album, and a welcome return to form for the band.