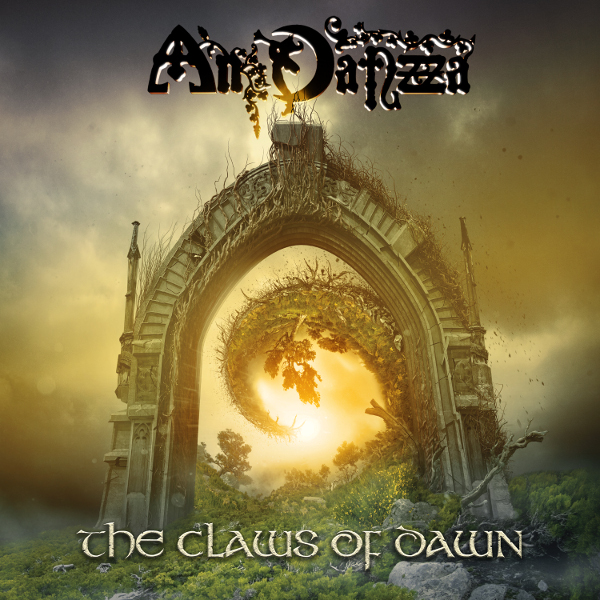 In approaching this lovely new album, I revisited the review I wrote for its predecessor, Whispers of the Forest (2016). The fact that everything I said about it also applies to the newest album is maybe both good news and bad news. Good news in that this is another worthy effort, a beautiful entry into the pagan folk-rock canon and a meticulously produced set of well-written songs. Bad news in that I need to think of something to new to say so I’m not just repeating myself — but that’s my problem, and no fault of Andrés Campuzano, the man behind An Danzza. Once again, the majority of the vocals are from Haydée Mariñoso, and she cements her position as the perfect vessel for the music. Her voice is simply amazing, able to embody the spirit of the music and imbue it with just the right balance of emotion and technical precision. The instrumentation is mostly acoustic, with fiddles, oboe, bagpipes, and brass filling out the backing of acoustic guitars and percussion. Synthesizers are used subtly and kept in the background. The rhythmic parts don’t seem to involve a drum kit, but a variety of hand drums and shakers. Influences from around Europe, North Africa, and the Middle East meld into a seamless whole, as if a group of talented traveling musicians from around the world found themselves in an isolated location with nothing but their instruments to occupy their time. A variety of languages are represented in the lyrics, so the project could be described as polyglot both linguistically and musically. It’s all around fun, and I would recommend it to fans of all varieties of folk-rock, from Steeleye Span to Gjallarhorn, Blackmore’s Night, Amarok, and beyond.

Embrase - Dreamworld – Lately new EM artists in the Netherlands are mushrooming and this is the newest offspring. Most of these newcomers know their predecessors very well, no exception here, but they all stay to close to...  (2006) » Read more