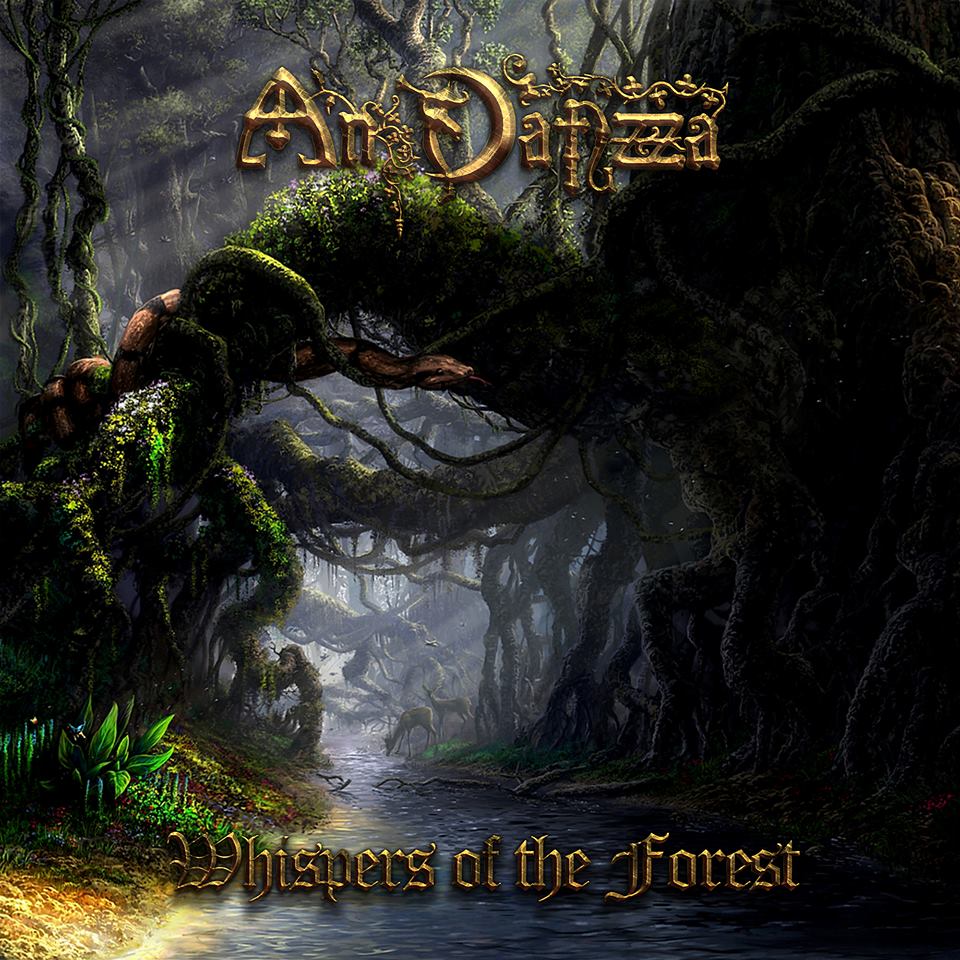 Andrés Campuzano has been developing his An Danzza project for quite a few years now — the first album, Last Autumn Tears, dates from 2010, and there have been three other releases previous to this one. But Whispers of the Forest is the first one I’ve heard, so I can’t make any comparisons. An Danzza takes the concept of Blackmore’s Night, adding rock elements to medieval and folk music with a strong female vocalist, and takes it in a somewhat different direction. You could even say directions: this is further from mainstream popular rock, with aspects of symphonic progressive rock; there are also some Arabic flavors added, somewhat reminiscent of Amarok; sometimes the atmospheric synthesizers and prominent percussion bring in a touch of Dead Can Dance. Wind instruments feature prominently in the arrangements, usually recorders, but also oboe, flute, and bagpipes. Throw in an occasional didgeridu, pan pipes, violin, cello, and recordings from nature, and you’ve got a heady mix. I can take or leave the fantasy and pagan themes, but the music is very well done. But there’s more to An Danzza than imaginative instrumental work — singer Haydée Mariñoso (a veteran of Gothic metal bands) provides a strong presence, with emotive delivery and precise enunciation, her English pronunciation slightly accented (not all of the lyrics are in English, however). Her range is impressive as well, with some lovely flights up into upper soprano territory. My only criticism of the album would be that it’s almost too pretty, and a bit on the over-earnest side, but I have to admit there’s a place for such beauty in this world. And luckily the serious-sounding sections are balanced by some jig-like sections of sprightly melodies and bouncy rhythms. Whispers of the Forest has a lot going for it, providing an appealing combination of sounds and a lovely voice to lead it all.

Adrian Belew - Side One – Maybe it’s not fair to say Adrian Belew has been through a lot of phases. It’s more like he has many facets within him, and you see different things depending on which way he turns. For this...  (2006) » Read more