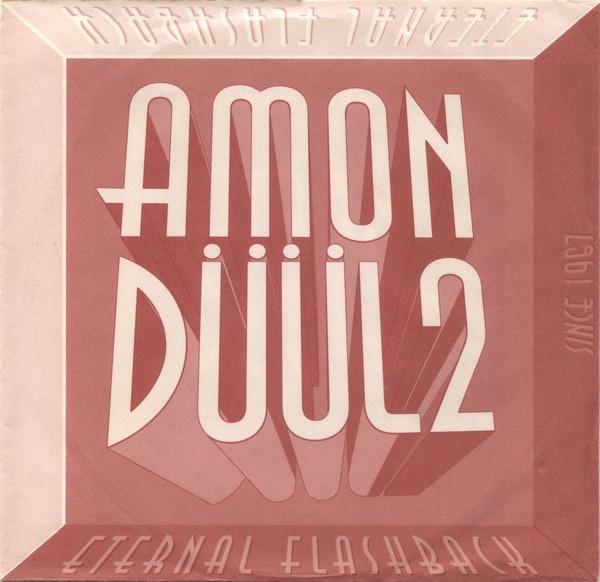 By now everyone should know that these classic German space rockers have reformed after about a twelve year hiatus. Last year's Nada Moonshine #, while not quite up to the standards set by their early classics, still proved beyond a doubt that the band still had what it took to produce great music. But then early this year, these two mysterious discs, released by the Japanese Captain Trip label, started showing up on some lists. Both are lengthy remixes of tapes from the early classic period of the band: Phallus Dei, Yeti, Lemmings, and Carnival. Both contain essentially one long track apiece, Flashback clocking in at almost seventy minutes, while Kobe comes in at a little over an hour. You've heard this all before - most of the source material was lifted from these early albums, Jams, solos, rhythms, etc. all fading in and out, much of it from sides three and four of Lemmings ("Toxicological Whispering" seems to be a favorite sample throughout both discs).

So what's the difference between the two? Kobe is the more rhythmic of the two, parts of it created using repeating tape loops of various short percussive samples, although these samples were taken from a poor quality vinyl source, so you get the scratches looping as well, which gets downright irritating after a while, not to mention the sloppy and amateurish mixing. Flashback is another story altogether: digital quality samples of songs, solos, guitar rhythms, percussion and effects blend smoothly together into a swirling mix that draws from some of the band's best moments; despite that this is all familiar material, the remix gives it a whole new feeling, more flowing and more...yes, psychedelic. Overall, Flashback is an excellent production that gets my highest recommendation, while Kobe is probably best forgotten.