Surely in the list of artists who have contributed to the sound of modern music, there is a special spot for guitarist Allan Holdsworth. His name is known to virtually every student of the instrument in jazz and rock, and his style has been so widely emulated that it's hardly worth mentioning anymore — we can just assume that every guitarist has Holdsworth as an influence. 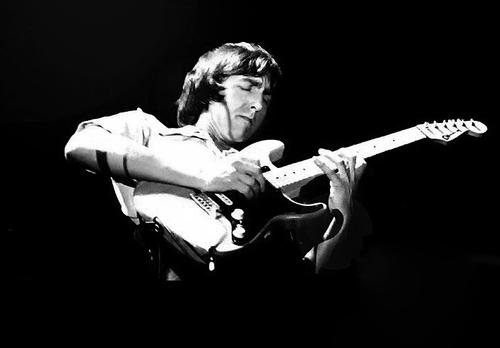 Recapping his storied career seems a little redundant, considering his contributions to Soft Machine, Gong, and UK. He was an integral part of Bill Bruford's late 70s band, and released numerous well-regarded solo albums. His restless creativity led him far afield from any single genre, and he was an avid experimenter with guitar synthesizers and other innovations.

Holdsworth was 70 when he died, and had been playing and recording steadily since the early 70s. He leaves behind a legacy that stands the test of time, and will continue to inspire guitarists and other musicians as long as people have ears.