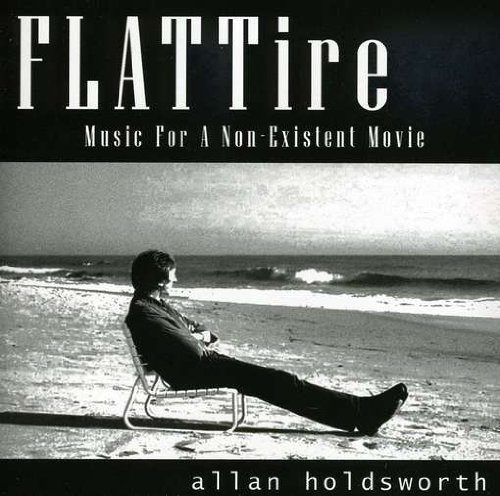 It's safe to say that Allan Holdsworth's credentials are in order. In circles where guitarists are discussed for contributions to the state of the art, his name is sure to come up. And it's a pretty safe assumption that any release of his is going to have some tasty guitar work — or is it? Judging a Holdsworth album usually comes down to the quality of the compositions and the appeal of the setting for the guitar. This one, however, finds Holdsworth mostly on his own, replacing guitar with synthaxe, which serves to trigger keyboard sounds and percussion (guitar appears on a single track). Special guest Dave Carpenter contributes acoustic bass on two tracks, but aside from that, this "Music for a Non-Existent Movie" is a one-man show. The "keyboard" sounds used mostly fall in the flute-like realm, the ethereal string realm, and what sounds vaguely like an electric piano; the chords used are all very interesting and sophisticated but highly artificial sounding. The lead lines take on a variety of synth tones, sometimes clarinet-like, sometimes more brassy, but always featuring that wild fluidity Holdsworth is known for. So what is the value of an album by a great guitarist that features virtually no guitar? For some listeners, the answer might be "virtually none." Certainly, don't buy this expecting to hear classic Holdsworth. But if you like unexpected, wandering chord progressions and noodly melodies and don't mind the sound of digital percussion, there might be sounds here to enjoy. Still, I can't help thinking that "Snow Moon" would totally rip if he played that insane solo on guitar and it was a full band backing him instead of chaotic electronic percussion and digital chords.