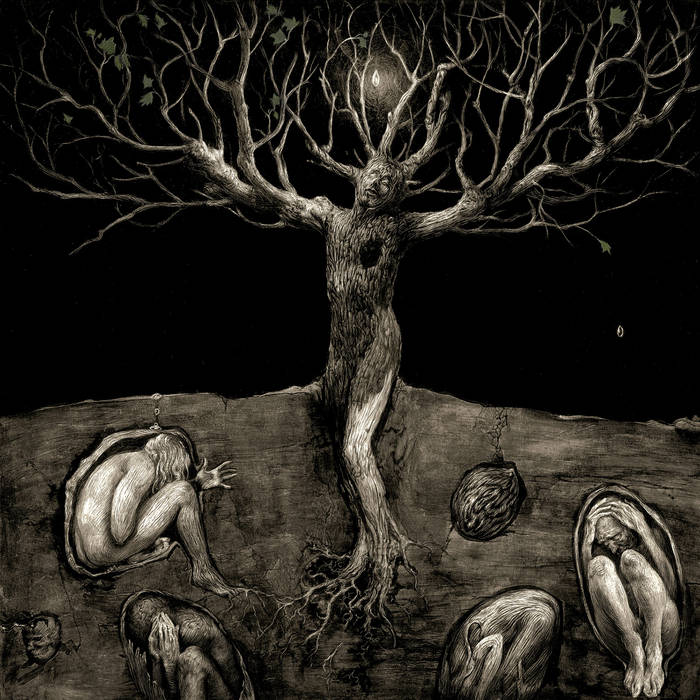 The opening track on A Drop of Light (which incidentally is titled “All Traps on Earth”) is a nearly 19-minute seemingly never-ending progression of ideas that accompanies the listener through an animated dreamscape of ever-changing moods and musical ideas, always moving forward, without an abundance of repetition. By the piece’s end one will have been through one amazing journey, quickly forgetting what has just passed and never knowing what is coming up next; perhaps after a thousand listens one might gain the familiarity of knowing what signals precede the next passage. The band is Johan Brand (bass, guitar, Fender Rhodes, clavinet, organ, Mellotron, various synthesizers, as well as the primary composer), Thomas Johnson (grand piano, Fender Rhodes, clavinet, organs, Mellotrons and more, plus additional composition ideas), Erik Hammarström (drum kit, vibraphone, marimba, xylophone, glockenspiel, tubular bells, tympani, and more), and the mostly-wordless angelic vocals of Miranda Brand. If the first two names sound a little familiar, they were both members of the original 90s Swedish prog powerhouse Ånglagärd, who split after two, regrouped in 2012 to cut a third album, then a live album featuring Hammarström as drummer in 2013. A Drop of Light represents five years of tireless composing and arranging by Brand, with help from Johnson, and it definitely sounds like five years of work, and while it doesn’t sound exactly like Ånglagärd, there are enough similarities to remind the listener that this is fruit from the same tree, maybe a little higher on the branches. This band uses Mellotron to the extent that a typical group uses guitars. There are a handful of guests as well, adding trumpets, flutes, clarinet, bass clarinet, saxes, and additional guitars, enriching the overall sound. Five tracks total, one short cut a little over two minutes, and the other four could occupy an album side each, “Magmatic Warning” has some subtle zeuhl undercurrents driving its energy forward, while the epic closer “Bortglömda Gårdar” is the only one that features lyrics (in Swedish), a truly beautiful conclusion to a fascinating and captivating album that should be heard by all.

Related artist(s): All Traps on Earth